The Pro Life Campaign has hit out at RTÉ over its airing of the BBC-produced documentary ‘Abortion, Ireland’s Guilty Secret’ accusing the State broadcaster of presenting abortion propaganda dressed up as ‘debate’.

In a statement, PLC deputy chairperson Cora Sherlock said, “Failure to show balance is one thing, RTÉ is now campaigning for abortion.”

“The documentary in question follows a woman who undergoes an abortion. Will RTÉ balance this piece by interviewing a woman who considered abortion but opted to continue with her unplanned pregnancy?” she asked.

“Will they tell the story of a woman who travelled to England to have an abortion and suffered regret for the rest of her life? Where is the story about the babies who are born alive after failed abortions and left to die alone in hospitals?”

“This is a feature of the barbaric abortion laws in England that RTÉ conceal from the Irish public all the time.”

Ms Sherlock said the programme was one of a long list of examples that showed RTÉ was failing in its obligation to provide balance to the Irish public on the abortion issue.

“Unfortunately this is not an isolated incident. It’s interesting that RTÉ are jumping at the chance to show a programme that frames abortion in a positive light, but continuously fail in their duty to provide balance by ignoring stories that show the negative aspects of abortion for women and society.”

“Two and a half years on and RTÉ have still failed to pay any attention whatsoever to the very disturbing revelations that came to light about State funded pro-choice counselling agencies here in Ireland giving life-endangering and illegal advice to women in crisis pregnancy.”

“The people of Ireland, who pay their TV licence to keep RTÉ on the air, deserve better.” 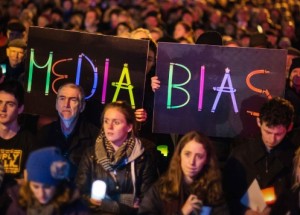 “Just over a fortnight ago, for the first time ever, thousands of people took to the streets in Dublin to challenge media bias on the abortion issue and most importantly of all to shine a spotlight on RTÉ’s failure as the National Broadcaster to ensure fair and impartial coverage on the issue.

It is a very positive development that people are finally starting to talk more openly about the deeply embedded bias at the heart of RTÉ programming.”

Separately, last week the PLC called for the full implementation in Irish hospitals of guidelines for the treatment of sepsis in pregnancy.

The call followed reports that the Medical Council does not plan to proceed with professional misconduct hearings against Dr Katherine Astbury, the doctor who treated Savita Halappanavar in University Hospital Galway in 2012.

Commenting on the fact that the sepsis guidelines issued by the Department of Health in late 2014 have yet to be fully implemented in Irish hospitals, Cora Sherlock, deputy chairperson of the Pro Life Campaign said, “It is unacceptable that guidelines on the treatment of sepsis during pregnancy were only issued by the Department of Health in November 2014 – two full years after Savita Halappanavar’s death and seven years after the death of Tania McCabe in Drogheda.”

She added, “The fact that the HIQA recommendations about early warning systems which were issued in 2013 have also not been followed satisfactorily is all the more reason why there is a need to ensure that the 2014 Department of Health guidelines on sepsis management are properly and promptly implemented.”

“Every time the Savita case is mentioned, it is presented in a way that gives the impression that her death was due to the lack of abortion in Ireland at the time. We know from the several official reports that were issued following Savita’s death that this was not the case.”

“The fact remains that some people were more determined to use this tragedy to get abortion legislation over the line rather than to ensure proper guidelines on the treatment of sepsis in pregnancy were implemented,” Cora Sherlock said.