The Pro Life Campaign has launched a campaign calling on the public to lobby politicians to speak up for doctors so they will not be forced to assist in facilitating abortions.

The campaign involves sending e-cards to Oireachtas members to encourage them to support freedom of conscience rights for doctors, nurses and other medical staff in new abortion laws.

Pro Life Campaign spokesperson Dr Ruth Cullen said: “Simon Harris’s claim that freedom of conscience rights will be protected under any new legislation is absolutely untrue. His draft legislation compels doctors who don’t want to perform abortions to refer those seeking an abortion to another doctor who will carry out the procedure. It is a gross violation of the conscience rights of a doctor to force him or her to make arrangements for the certain death of an unborn baby whenever a request for an abortion is made.”

The PLC feels this is a “blatant violation” of a doctor’s right to have no part in facilitating abortion either directly by carrying it out or indirectly by arranging it.

“The right of doctors and healthcare professionals not to have to participate in abortions is a civil rights and human rights issue,” said Dr Ruth Cullen.

“I can assure the Minister that pro-life supporters and groups will come together and mount a massive public campaign of opposition and if necessary turn it into a major election issue.” 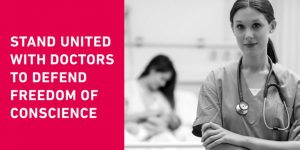 Last July Dr Angelo Bottone, speaking on behalf of the Iona Institute, expressed concern at the proposed abortion law under the then new General Scheme. Dr Bottone stated that one of the significant changes from the initial version of the proposed law was that it narrowed the scope of conscientious objection.

“This change implies that the objecting medical professionals will be exempted from participation but not from assistance. Assistance could mean helping to prepare a woman for an abortion rather than participating in the abortion itself,” he stated.

He said that the General Scheme published in July also failed to extend the right of conscientious objection to institutions such as hospitals and clinics. This was requested by representatives of the medical profession, but it allows only individuals to avail of this right.

It also obliges doctors to make arrangements for the transfer of care of the pregnant woman, which is a form of indirect participation that many health professionals abhor, he said. They want the unborn child to be cared for as well and do not want to refer to a doctor who feels no such duty of care.

Dr Bottone cautioned at the time that it was only a draft of the Bill and that in presenting the scheme, Minister Harris had promised that other provisions could be included in the future. 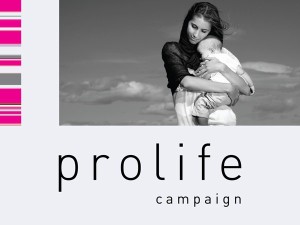 Now the PLC is asking members of the public to support doctors, nurses and other medical staff by raising the issue with their own elected representatives.

The PLC has prepared a ready-to-go e-card (to be sent via the internet) for Oireachtas Members in every constituency. The e-card calls on politicians to ensure that freedom of conscience rights for all healthcare workers are properly protected in the new legislation.

Separately, registration has opened for the PLC National Conference 2018, which takes place in the RDS Concert Hall on 6 October. This year’s National Conference is seen as an especially important event for pro-life volunteers in the aftermath of the recent referendum.

The keynote speaker is Kristan Hawkins, President of Students for Life of America (SFLA). Since launching SFLA’s full-time operation, Kristan has helped more than triple the number of campus pro-life groups in the United States from 181 to almost 800 in 49 states.