Home > News > SVP slams use of hotels for homeless families

SVP slams use of hotels for homeless families 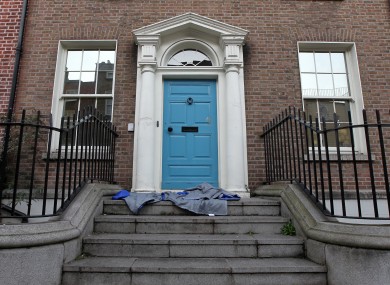 The Society of St Vincent de Paul (SVP) has described the move by local authorities to place homeless families in hotels as “unacceptable and inappropriate.”

In a statement issued on Thursday, the SVP said that according to the Dublin Homeless Executive as many as 130 families are being housed in this way.

Last month there were 19 families in one Dublin hotel ranging from a lone parent with one child to a family of nine.

The SVP has called on the Housing Minister, Jan O’Sullivan, and Department of the Environment to intervene and provide adequate levels of quality and affordable housing to address what it describes as a crisis for a growing number of families.

“The situation is critical in the four Dublin local authority areas covered by the Homeless Executive. Alongside Threshold, we have met the Executive to raise our concerns over the situation. It is utterly unacceptable that families are accommodated in this way”, John-Mark McCafferty, SVP Head of Social Justice, warned.

He said being confined to a hotel room puts a huge burden on families in terms of normal living conditions.

“While bed and breakfast is provided, the families have to rely on take-away food for other meals and have difficulty in getting children to and from schools,” he said.

“There are also issues around child welfare. It is completely inappropriate to have children living and moving around in a hotel environment for an extended period.”

Many of the families living in such conditions are there because of difficulties with private landlords, many of whom no longer accept tenants on supplementary rent allowance, due to the increased level of demand for private rented housing.

Some of the families living in hotels report their rent having been increased arbitrarily by 25% or landlords evicting them on the basis of the house being sold, only to see it later available for rent.

“The families we visit and support in Dublin hotels, also have the uncertainty of not knowing when they will have to move – often at short notice. Some families have been in a hotel for up to six months while others are moved from hotel to hotel more frequently,” the SVP spokesman said.

“More resources are required for both the Children and Families Homeless Action Team, and supported temporary accommodation is urgently required as an alternative to commercial hotels.” John-Mark McCafferty explained.

According to the SVP, a package of measures needs to be introduced, both short and long term, to deal with the critical shortage of social housing and to deal with the fact that an increasing number of landlords are refusing to accept tenants on rent allowance.

Homelessness for at-risk households needs to be prevented where rent supplement tenants are in dispute with their landlords, the SVP has said and believes this can be done through tenancy sustainment supports as well as information and advice.

Changes to the private rented sector are needed to enhance affordability for those on lowest incomes, including the roll-out of the Housing Assistance Payment and prompt Government action to rising rent levels the charity has said.

A major step-change is needed in the scale of quality and affordable housing provision in order to tackle the growing housing need and homeless problem, the SVP said and added that while the Government is committed to almost 500 additional social housing units built (through infill and regeneration), described it as “a paltry figure in the context of almost 90,000 households on the local authorities housing lists.”