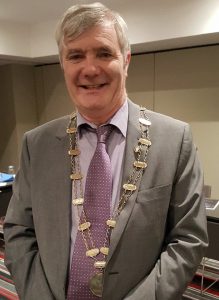 Mr Matt Boylan from the East Cavan Region and Kilmore Diocese has become President of the Pioneer Total Abstinence Association (PTAA), also known as the Pioneers.

He is the second person from the Ballyjamesduff centre, the third from Cavan, and the fourth from the Kilmore Diocese to lead the organisation since 1994, when the practice of electing presidents from the lay membership began.

In accepting his three-year term, Matt Boylan said that it is a “huge” undertaking.

“I would hope to pick up and continue on with the good work that has already been begun by our past Presidents,” he said. “We have to accept and move along with the changes that are taking place in our Association.”

Speaking to Catholicireland.net, he outlined the changes which include setting up new structures such as a constitution and a limited company following the agreed withdrawal of the Jesuits from the PTAA.

A new child protection policy has also been put in place, as the PTAA was unhappy with provisions and had suspended youth activities in 2010 for approximately two years to make improvements. While some work remains to be done on the new constitution, Matt Boylan would now also like to see a new impetus in reviving and growing the association.

“It is a great change in how we do our business moving forward. Of course the whole thing is to again try to attract people in,” Matt Boylan told catholicireland.net. “We are now back at the point where we want to rebuild our centres again.”

He himself hopes to attend as many local events and functions as possible. He will also visit centres, and hopes they can be reactivated by people getting together to meet and form and reform committees. He was encouraged to hear at a recent meeting that one area had held their first centre meeting in 8 years and had 13 members present and elected a committee. “I hope to see more of that going forward,” he said. 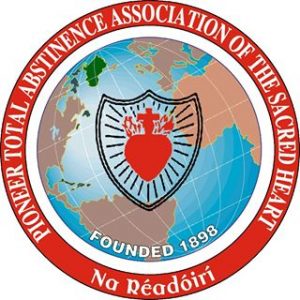 The PTAA will have a stand at the World Meeting of Families later this year and looks forward to meeting as many people as possible.

“Young parents might take an interest, they might become members themselves,” he said. “For young people out there it is horrific what happens when they have these late night get-togethers. We have to do something to try and combat it. All we can do is keep the word out there that there is an alternative and they do not have to get caught up in that way of going on. So that is what we are about.”

He encouraged all members at home and abroad to promote the organisation and the pin.

“Wear your Pioneer pin proudly at every opportunity you can when you are out in the public domain. Recite the Heroic Offering to atone for the sins of intemperance. By setting a good example like this, others will follow in your footsteps,” he said. “May the Sacred Heart of Jesus guide us as we go about our work for the future.”

There are now ten-year pins and commemorative certificates and the Fr Cullen Medal which he recently had the pleasure of awarding to a 100-year-old lady who lives in the Lough Erril Nursing home near Mohill.

Matt Boylan was encouraged to go forward for National President of the Pioneer Association by members of his local East Cavan Region and the Kilmore Diocesan Council. He had served there over a number of years in regional positions such as president and secretary and has been involved in the many activities there over the years.