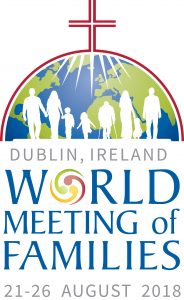 As has been the tradition for many years, an indulgence has been granted by Pope Francis to people attending the World Meeting of Families. The announcement was made by the Apostolic Penitentiary earlier this week.

The indulgence is granted “on the usual conditions (sacramental Confession, Eucharistic Communion and prayer for the intentions of the Pope), in a spirit that is completely detached from affection for any sin, if they participate in some function” during the meeting, “as well as at its solemn conclusion” in the presence of Pope Francis.

The decree, issued on 21 May, says that the faithful who are unable to take part in this event may also obtain the Plenary Indulgence on the same conditions if, “united in spirit and in thought with the faithful present in Dublin they recite as a family the Our Father, the Creed and other devout prayers in order to invoke from the Divine Mercy the aims mentioned above, particularly at times when the Words and Messages of the Pope are broadcast via radio and television”.

A plenary indulgence removes all the temporal punishment due over sin which has been forgiven.

According to Rev. Dr Michael Shortall, Chair of the Irish Theological Association, indulgences are acknowledgement of a faith commitment. “It’s not a reward for good works, because we are saved by God’s grace alone, not by good works alone,” he told CatholicIreland.

“At the same time, in our lived lives we need to develop our faith to commitment so you don’t get indulgences just for the sake of getting indulgences. There must be some faith commitment at the other side that warrants it or makes it possible.” 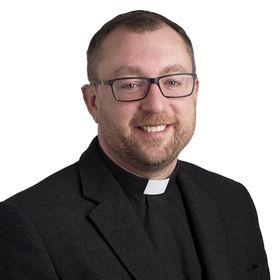 According to Dr Shortall, who lectures in moral theology in St Patrick’s College Maynooth, the World Meeting of Families is a  “contemporary version of going on pilgrimage” to places like Jerusalem, Santiago de Compostela or Lourdes, “whereby in the act of going on pilgrimage you are opening yourself up to encounter with God, to development as a person, to new opportunities for following God, and if you are doing these things, effectively you are going closer to God and that’s what indulgences are acknowledging and recognising”.

The decree from the Apostolic Penitentiary also grants a “partial indulgence” to the faithful whenever, “with a contrite heart, in the indicated time they pray for the good of the families”. A partial indulgence removes some of the temporal punishment due over sin which has been forgiven.

Currently, there are about 22,000 people registered for the meeting; they come from 103 countries and half of them are from outside Ireland. With 28 per cent of the participants under 18, this WMOF is the one with the highest rate of young people.

There are already 3,500 volunteers in training. The closing date for those who wish to sign up to volunteer for the event is 31 May. Would-be volunteers can sign up at : https://www.worldmeeting2018.ie/en/Get-Involved/Volunteer