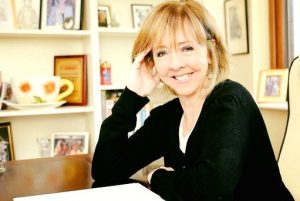 People have been helped by Console in spite of its difficulties. This is according to Joan Freeman, founder of Pieta House, which took over the services of Console after the charity was shut down amidst funding controversy.

Speaking at the Farmers Journal Women & Agriculture Conference last week, Joan Freeman spoke of how donors and fundraisers must feel in the light of recent revelations about charities.

“It must be devastating to think the hard work has gone to nothing, but let me assure you, regardless of what happened people have been helped by Console. What you have to realise is that the majority of charities are good, hardworking, honest organisations,” she said.

She gave the example of three women who helped Pieta House in the beginning when they gave their savings to pay therapists’ salaries. She also spoke of the child who donated ten per cent of her Confirmation money and the pensioner who gave half of her pension.

“The people who have made Pieta House possible are people like you – men and women and children who fundraise throughout the country,” she told the audience of mainly women from the rural and farming communities throughout Ireland. 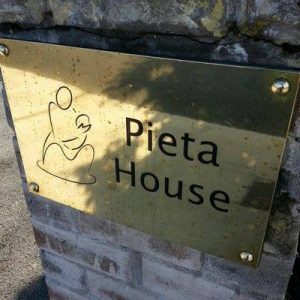 She told of her personal experience of the tragic death of her sister by suicide. As she sought answers, she was given a book by a Catholic nun. In that book she saw a picture of the Pieta. She reflected on it and the symbolism that Michelangelo incorporated into it. She saw how broad Mary’s shoulders and lap were to hold the broken body of her son with a look of “majestic acceptance” on her face.

“It was one of those light bulb moments when I realised that we needed to have a living Pieta in every community, where we could hold the broken lives of those in suicidal distress. That is how Pieta House began and that is where we got the name from,” she said.

When a person enters Pieta House, they are greeted by name and given a cup of tea. In the assessment room they sit on a couch and the therapist sits on a pouffe.

“We [therapists] are immediately lower than the client. We are there to serve them,” explained Joan Freeman.

“They leave Pieta House knowing why they want to live,” she stated.

In 2015 Pieta House saw over 5,000 people ranging from children as young as six years old to people in their 80s. There are now ten Pieta Houses and a staff of 180. Requests have come from all over the world to set up Pieta Houses and the charity celebrated the first anniversary of its New York Pieta House in October. 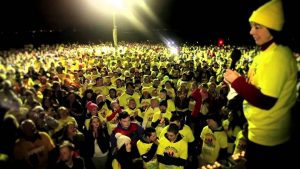