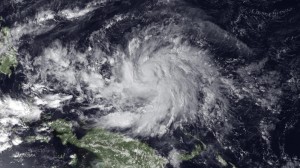 Irish aid agency, Trócaire, working with partner organisations in the Philippines is ready to respond to the latest weather assault on the Asian archipelago.

This afternoon (Saturday) Typhoon Hagupit is expected to make landfall.

Because of the huge size of the weather front, 47 of the country’s 81 provinces are considered potentially at high risk from the typhoon.

It is expected to hit the Eastern Samar province first and then cut across the central islands along a route north.

According to the Red Cross, up to 100,000 people were evacuated away from coastal areas yesterday.

Many were still living in tents after the devastation caused in November 2013 by Super Typhoon Haiyan, which killed more than 6,000 people and left another thousand missing.

Hagupit, whose name means “smash” is expected to be the strongest typhoon to hit the country since Typhoon Haiyan.

“We have been in regular contact with partner organisations in the Philippines to plan for the likely impact of Typhoon Hagupit,” said Éamonn Meehan, Trócaire’s Executive Director. “Our partners are prepared and we are ready to support their efforts.”

Given the enormity of the devastation caused by Typhoon Haiyan, it would be unthinkable for the people of the Philippines to face the same situation again, he said.

“Many people are only just beginning to get back on their feet after losing everything this time last year.”

Mr Meehan said their thoughts and prayers were with the people of the Philippines and “with the many Filipino people living in Ireland who will be praying for the safety of loved ones.” 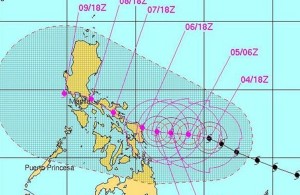 The Category 5 storm with wind gusts of up to 143 mph and intense rainfall of up to three-quarters of an inch per hour is expected to make landfall today.

Because of the weather front’s slow movement, the Philippine weather bureau said it could be as late as Wednesday before the storm clears the islands.

The UN Global Disaster Alert System said almost 32 million people — a third of the country’s population — were likely to be affected in some way by cyclone-force winds when the storm arrives in central parts of the island nation this afternoon or evening.

Trócaire’s response to Typhoon Haiyan reached over 300,000 people and the organisation says that it is ready to respond to the impacts of Typhoon Hagupit.

“People in Ireland showed enormous solidarity with people in the Philippines after Haiyan, and if Typhoon Hagupit does hit we will be ready to stand with them once again,” said Éamonn Meehan.