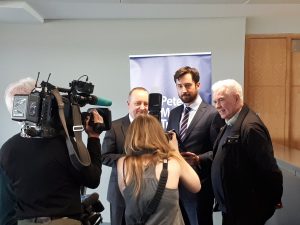 The Peter McVerry Trust worked with over 4,500 homeless people in 2016 and introduced an additional 140 beds to cope with the housing crisis. The charity has 210 properties and its operational budget for 2016 was over €17 million.

Yet the crisis continues according to founder Fr Peter McVerry, who stated he prematurely described the homeless situation in 2014 and then 2015 as the worst ever. “I have to begin our Annual Report for 2016 by saying that things have just gone from worse to worse. I dread to think what our Annual Report 2017 will have to say,” stated Fr Peter McVerry in his message in the report.

The Peter McVerry Trust (PMVT) CEO Pat Doyle, stated that in 2016 the charity had the “most difficult and challenging year in our 33 year history.” On behalf of the Trust he urged the Government to deliver a more effective and urgent response to the deepening homeless crisis. Not for the first time he urged the Government to switch funding to more effective responses to homelessness, such as Housing First, rather than continued reliance on emergency accommodation.

He said that the latter is more expensive and less effective than other models like Housing First which receives less than 1% of the national homeless budget each year in Ireland. In other countries up to 50% of the homeless services budget must be invested in the Housing First model. “Housing First has significantly higher success rates for housing people, and can be delivered at almost half the cost of traditional emergency accommodation,” he said.

“If we can get the Government to make the funding and policy shift, then the next thing we need is to get housing on stream to actually deliver a Housing First approach.”

Housing First tackles homelessness by offering up-front housing at the same time as supports such as mental health or addiction treatment, for homeless people.

Pat Doyle said until Ireland sees “significant and sustained decreases” in the number of people entering homelessness, and in the numbers accessing homeless services, PMVT will continue to put pressure the Government do more to tackle the issue.