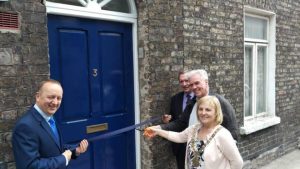 The Peter McVerry Trust is to double its housing provision in the next four years.

The charity, which provides services for the homeless, has set the target of increasing its housing to 450 units in its new strategic plan, which will run to 2020. It also plans to run two new pilots on its Housing First scheme for young people leaving care homes and institutional settings.

“Housing is a fundamental human right, which, like our health, we tend to take for granted until we lose it,” stated Fr Peter McVerry, SJ.

“It is also the most serious social issue which Ireland faces today. With the right political will, it can be solved. We will continue to advocate on behalf of homeless people to seek to get the issue of homelessness and housing to the top of the Government’s agenda.”

He said that his organisation’s goal is “to go out of business” once the problem of homelessness is eliminated.

“But there is little sign that that is going to happen any time soon,” he added. Hence the need for this strategic plan. 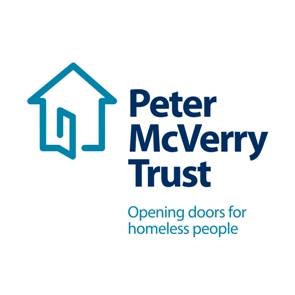 While the Trust will continue to provide hostel accommodation for as long as it is needed to get people off the streets, it is also committed to Housing First, which provides homeless people with their own long-term accommodation as well as supports for whatever personal problems they may have, such as addiction or mental health difficulties.

“In 2015, Ireland had the highest economic growth in the EU, and the Government took in €3 billion euro which had not been anticipated. Many of those becoming homeless in Ireland today have lost their private rented accommodation due to their inability to pay the soaring rents being demanded. Most were never homeless before and never ever thought that they would find themselves in this situation,” he stated.

Pat Doyle, CEO of the Peter McVerry Trust, highlighted the campaigning role, stating that: “In order to secure access to housing for the most vulnerable, Peter McVerry Trust will continue to campaign for the right to a home to be inserted into the Constitution. We strongly believe that an adequate supply of good quality social and affordable housing is essential to end long-term homelessness and eliminate the need to sleep rough.”

Pat Doyle acknowledged that given the scale of the challenge of housing supply it will take time to significantly increase housing stock. He cautioned that while all the announced action plans by Government are being implemented to increase housing, it is vital to prevent more people from becoming homeless.

“At the core of these measures is the need to prevent new cases of homelessness. Concerted efforts are needed to tackle deep-rooted causes of homelessness in our society such as poverty and inequality,” he said.

He said that social justice and the dignity of each person will remain to the fore of discussions with policymakers and Government.

Separately, a note from Davy stockbroker and asset management firm has stated that it may take until 2020 (the duration of the Peter McVerry Trust’s strategic plan) for house building in Ireland to gear up to meet ongoing needs.

According to the ESRI, Ireland needs to build 25,000 residential houses per year to meet demand and it is predicted that around 14,000 housing units will be competed in 2016 – only just over half of what is needed to meet housing demand.