Dromore to ordain its first permanent deacons on Sunday 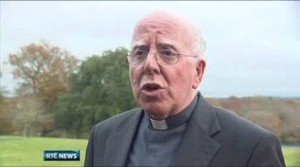 Speaking ahead of the ordination of Kevin Devine and Gerry Heaney, Bishop McAreavey expressed the hope that their ministry will be “a great source of blessing and joy” for the two men, their families and the people whom they will serve.

The ordinations are an historic moment in the history of the Diocese of Dromore, and one which priests of the diocese will attend to mark the occasion, as well as those involved in delivering the theological, spiritual and human formation programme to the permanent deacons.

The two men have undertaken a four-year formation programme. They are both married with children. Kevin Devine of the Parish of St Peter, Lurgan, is a teacher and is married to Moya, with two children, Catherine and Kevin. Gerry Heaney of the Parish of Moyraverty is a retired teacher and is married to Phyllis, with two children, Geraldine and David.

The Second Vatican Council (1962 – 1965) sought to restore the ministry of the diaconate.  In 2005, the Irish Bishops decided to re-introduce the Permanent Diaconate and the first Permanent Deacons were ordained in Dublin in 2011.

According to the Catholic Communications Office, a permanent deacon receives his mission from his bishop and is assigned to work as a member of a team under the leadership of the parish priest.

The permanent deacon is called to minister in close-collaboration with priests and with laity, who are entrusted with various ministries.

While deacons play a key role in the development and coordination of lay ministry, they are not intended to replace lay ministries.

The first responsibility of the permanent deacon is to be an effective visible sign of Christ, who came to serve rather than to be served.

Although the permanent deacons will exercise their ministry on a part-time basis, they remain at all times a deacon, and they are called in their lifestyle to reflect this.

The normal areas of ministry, which may be entrusted to deacons, can be categorised under pastoral, liturgical and faith development.

In the pastoral area it includes visiting the sick; visiting prisoners; visiting the bereaved; youth ministry; working with the poor and the homeless; promoting awareness of the social teaching of the Church; promotion of justice and human rights.

In the liturgical area, it involves proclaiming the Gospel at Mass; preaching the homily; assisting the priest at Mass (Sign of Peace and Dismissal); leading communion services, when need arises; bringing the Eucharist to the sick at home and in hospitals (nursing homes); presiding at Exposition and Benediction of the Blessed Sacrament; the celebration of baptism; celebrating marriages; presiding at funerals – (also removals, reception of remains, burials).