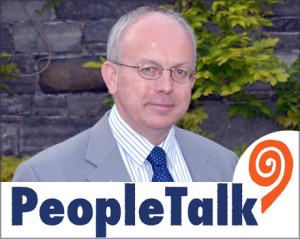 The new Jesuit venture, PeopleTalk, will make a keynote presentation at the international ‘Borders to Cross’ conference on democratic innovation and civic-driven change in Amsterdam at the end of October.

Borders to Cross was set up to respond to the growing distrust in political representation and the need for new forms of co-creation and cooperation.

The aim of Borders to Cross is to create ‘an international learning community’, whose members can find out together about shifting roles, responsibilities and opportunities for linking society and democracy.

PeopleTalk is the brainchild of Edmond Grace SJ. It is one of 40 initiatives from all over Europe and beyond which will make a presentation at the conference. Other participants include projects from Greece, Italy, Croatia, the UK and the Netherlands.

The PeopleTalk project is an initiative of the Irish Jesuits as part of their mission to promote social justice.

The project seeks to start a national, public conversation regarding the state and delivery of Irish public services in the areas of health, the elderly, the Gardaí, the environment, etc.

It includes ordinary citizens as well as local and national government representatives. The aim is to address two questions: Can public services be better organised to meet citizens needs? What concrete measures can Government and State agencies take to ensure citizen involvement in the design and delivery of public services on a regular basis?

Borders to Cross describes itself as an international, mainly European conference for up to 250 government professionals, active citizens, social entrepreneurs and academics in the field of social and democratic innovation.

Both citizens and public officials are experimenting with new ways of doing things which are reshaping relationships with the public and other stakeholders.

PeopleTalk is part of this rapidly evolving movement. It is addressing the challenge of distrust in public life and developing a new form of public discourse between politicians, public servants and citizens with a view to bringing about reform in the public sector.