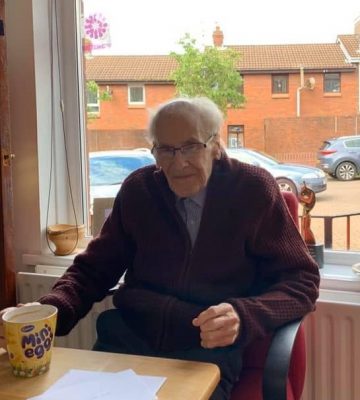 Corpus Christi Parish in Belfast has led prayers for Fr Des Wilson, a priest noted as a peacemaker and community worker, who passed away on Tuesday 5 November.

“Fr Des Wilson, who served our community devotedly for over 50 years, has passed over peacefully to the Father’s House. We return our beloved Fr Des to God with profound gratitude for his faithful ministry to God’s People,” said a statement from the parish.

President Michael D Higgins has expressed condolences to the family and friends and acknowledged the priest’s role in the peace process.

The President said in a statement: “It was his sense of fairness and decency that resulted in him being called upon, together with Fr Gerry Reynolds and Fr Alex Reid, to help in bringing about the negotiations that led to the IRA ceasefire.”

President Higgins expressed thanks for Fr Des Wilson’s life of dedicated service, which he said was “inspired by what was a generous vision of a new, more inclusive, peaceful and welcoming Ireland”.

He added that during his life’s work, Fr Wilson gained respect for “his indefatigable work in community, integrated education and in the promotion of civil rights”.

He noted that Fr Wilson was comfortable working in both Irish and English, and was referred to by many as a true “champion of the people”.

“In his work for the betterment of communities, Fr Wilson was unafraid to challenge figures of authority from all sides,” stated President Higgins.

Fr Wilson, aged 94, had been living at the Nazareth House Care Village. He was one of the oldest priests in the Diocese of Down and Connor and had celebrated his 70th anniversary as a priest earlier this year.

He was a Belfast man from the Ormeau Road area and served as a priest in Belfast from 1966. He officiated at the marriage of Gerry Adams, former Sinn Féin leader. In the 1970s he worked with other priests to facilitate peace and had contact with both republican and loyalist paramilitaries.

He was also very involved in the community and especially with Springhill Community House in Ballymurphy. He supported the people in that area and was with them when they were under attack and subjected to sectarian violence.