"Can we hope that Martin’s tragic death may help bring some societal and political response to counter the type of violence which took Martin’s life?" 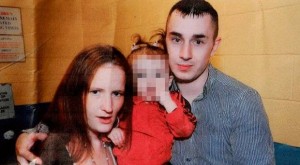 “His one and only precious life has been taken.”

At the Funeral Mass of Martin O’Rourke at St Michan’s Church on Halston Street in Dublin on Friday, Fr Derek Farrell of the Parish of the Travelling People recalled the young 24 year old as an innocent bystander.

He said he was also a homeless man, a man doing his best to overcome personal adversity, a family man, a daddy, a fiancé, and a young Traveller man.

While still in his teens he had suffered the tragic loss of his brother Michael ‘Rocky’ and his mother Mary, and then his father Patrick ‘Podge’.

Martin O’Rourke, Fr Farrell said, was a young man who had very little really in life, but who had life and had a loving fiancée, children and friends, “only to be so callously and brutally robbed of everything”.

While many have said that Martin was at the ‘wrong place at wrong time’, the parish priest said that in the years ahead it would be important for his children to know that while he may have been at the wrong place, he was also on the right path.

“It will be important too, to hear and keep the family’s memories of the person they knew and loved.”

Realising his role as ‘Daddy’, Martin was looking ahead – proud of how he was doing, he had just gone back to adult education, next week he was due to begin a drug rehabilitation course, which was leading to a FÁS course and then a job.

He and his fiancee Angeline were planning for an apartment, a family holiday, and for the arrival of their fourth child, Fr Farrell told mourners.

“Can we hope as we gather today that Martin’s tragic death may help to bring some societal and political response to countering the type of violence which took Martin’s life?” the priest asked.

He referred to Archbishop Diarmuid Martin’s recent words on this issues when he said, “We need a society which protects. We need a society which actively protects from and rejects violence. The violence in our society will not go away because we condemn it, much less because we feel that it is the problem of others or of another sector of society. Too many lives have been taken as victims of violence. Too many lives, tragically young lives, have been ruined through the perpetration of violence.”

The Archbishop also warned that “Communities must be places where people, especially the most vulnerable are protected from violence and where our young people are educated against violence.”

On the issue of gangland violence, the Archbishop of Dublin was highly critical of those responsible, stating “Premeditated shooting in public places even in the presence of terrified children and innocent bystanders only degrades the humanity of those who do it.”

“Is there anyone – even among their own ranks – who can…see the madness of such violence and who can appeal to whatever humanity remains in the hearts of those involved?”

Fr Farrell added, “Could the repeated question of an innocent four year old child to her grieving mother, ‘Where’s Daddy?’ fail to touch even such hearts?”