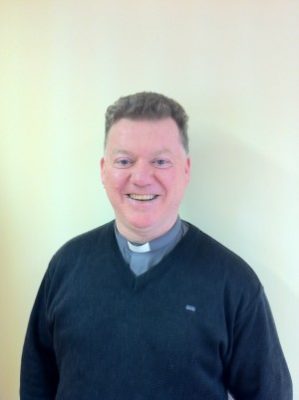 The Funeral Mass for Keane Mulready Woods took place yesterday in the Holy Family Church in Ballsgrove, Drogheda, and was celebrated by Father Phil Gaffney, Parish Priest of Saint Mary’s Parish in the Diocese of Meath.

The 17-year-old went missing last month and on 13 and 15 January his remains were found.

Following a major search on 19 January, a 24-year-old was arrested on suspicion of the gruesome murder, which is believed to be linked with feuding gangs in Drogheda.

In his homily, which has since been widely reported on, Fr Gaffney addressed Keane’s parents and four siblings: “After all these weeks of waiting, we come here today to bury the mortal remains of Keane. There is a great sense of relief that, at last, the waiting has come to an end. Now the mourning can begin, and the burial take place, and proper respect be paid to his memory and prayers be offered for his eternal rest and happiness.”

Fr Gaffney expressed sympathy to Keane’s family and spoke of the “great anger and even sadness, great fear and pain perhaps, at the thought that we live in a society where certain people took upon themselves to ‘play God’”. He described the murder as arrogant and appallingly wicked and evil. “No-one can, under any circumstances, claim for himself the right to directly destroy another human being!” he exclaimed.

He also spoke of the life of Keane, citing his troubles and how he fell in with the wrong people. “I hope that his death will be a warning to other young teenagers who are being groomed by the ruthless criminals, that the promise of money and gifts will inevitably end in tragedy. Keane’s association with them, sadly, led to the inhumane, unthinkable way in which his young life was to end.”

Fr Gaffney asked people to hope and pray for the end to the feud in Drogheda and turned his attention to Keane’s young friends. He told them he knew how much Keane’s death would affect them and pleaded that they remember him with fondness and in their prayers. He also asked them to learn from his mistake of getting involved with dangerous criminals, thinking they were friends yet being sacrificed in such a brutal manner. “We ask God to forgive [Keane] for his faults and failings and to be merciful to him.”

“Drugs have become extremely easy for young people to obtain,” the priest continued. “Recently someone commented that a lot of people are now budgeting for their debs – as well as their clothes and drink – they’re also budgeting now for cocaine, and other drugs. It isn’t just communities with deprived socio-economic backgrounds that are worse for illegal drug taking, it has become ‘socially acceptable’ across the country among people from all backgrounds.”

These violent incidents, Fr Gaffney urges, need to be a wake-up call for the rest of us to realise that actions have consequences, that taking drugs on a social basis fuels this situation of violence. “Drug taking, ‘doing a line of coke’, has become as normal as having a drink. We need a nationwide response from our Government,” he said.

As Keane’s murder was the third drug-feud related killing in the area, Fr Phil said, “We, the priests in Holy Family Parish, along with our bishop, appeal once again – as we have done in the past to those responsible: in the name of God, let it end now.”