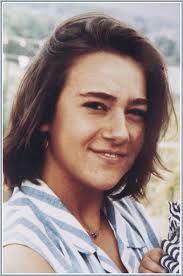 The living parents of a young woman who was beatified in 2010 are to visit the UK next weekend.

The parents, and two friends of Chiara Luce, are to travel from Italy as guest speakers at this year’s Bright Lights Festival in Aylesford and for another gathering in St George’s Cathedral Amigo Hall, London.

Noreeen Lockhart told CatholicIreland.net that at World Youth Day in Rio there was such interest in Chiara Luce that a show dramatising her life played to full capacity audience of 1,000 people and had to be shown four times.

“What young people find interesting is that she was an ordinary person like them. Her concerns were the same as theirs – friendship, relationships, sport and so on,” Noreen Lockhart explained to CatholicIreland.net.

Noreen is part of the Focolare group as was Chiara Luce and her parents.

Focolare has been involved in Bright Lights Festival in the UK for more than a decade.

Noreen Lockhart explained that this youth festival is attended by 16-30 year olds. “At that age, especially the late teens, young people ask themselves ‘what is the purpose of my life?’ Chiara Luce was very radical and that impresses them.” 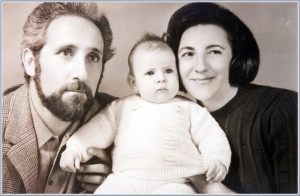 When Pope Benedict beatified Chiara Luce in September 2010, he encouraged young people to find out more about her, describing how she lived her 19 years, two of them full of pain but “lived in the faith and the joy of a heart full of God”.

Ruggero and Maria Teresa Badano, the parents of Chiara Luce, will present the life of Chiara Luce in the context of the theme of the Bright Lights event “Fully Alive”.

Maria Teresa and Ruggero’s testimony offers insight into their daughter’s life and into that of their family and wider community.

The couple lived in Sassello, a small village in Northern Italy. Ruggero was a lorry driver and their longed for child was born 10 years after their marriage.

The Badano family met the Focolare Movement in 1980 at a Families Festival in Rome, when Chiara was 10 years old.

It proved to be a turning point, finding a new way of letting God’s love enter more deeply into their lives and of putting the words of the Gospel into life on a daily basis.

Chiara was seventeen when one day she felt a sharp pain and was subsequently diagnosed with osteosarcoma, one of the most aggressive forms of cancer.

After a time of inner struggle, Chiara said her “yes” to God and never went back on it. Her constant words were: “For you, Jesus. If you want it, I want it too”, “I have nothing more, but I have heart with which I can love.” 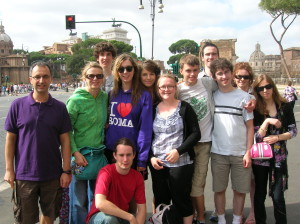 Before she died, she told her mother, “Young people…they are the future. You see, I can’t run anymore, but how I would like to pass on to them the torch, like in the Olympics! Young people have only one life and it’s worthwhile to spend it well.”

Pope Benedict wrote of Chiara “her last two years were full of suffering (…) but always with a light that radiated from within… from a heart full of God.”

Chiara Badano’s parents will be speaking on Saturday as part of the Bright Lights Youth Festival.

This annual Catholic young adults festival is open to anyone between the ages of 16-30.

In the past 13 years it has grown from being a diocesan festival to serving most of the South East of England and further afield.

They will also speak at gathering of the Focolare and friends and parish groups at St George’s Cathedral Amigo Hall, London on Sunday 29 June.