Anne Griffin, who led the organisation of the papal visit and international family event in Ireland, is the first woman to be appointed as CEO of Ireland’s scouting organisation. She is expected to take up her new position in January 2020 and the outgoing CEO, John Lawlor, will retire at the end of February.

‘In Anne Griffin we have found a CEO with a vision for Scouting Ireland that will see our organisation continue to grow and evolve on an all-island basis,’ said Mr Adrian Tenant, Chairman of Scouting Ireland.

Describing the organisation as Ireland’s largest youth education movement with over 50,000 volunteers and members across the island of Ireland, he added: ‘Anne is experienced in many important operation facets of our organisation including charities legislation, business strategy, risk management, GDPR, HR requirements for staff and large-scale volunteer numbers.’

He said that the Board and Executive team are looking forward to working with Anne Griffin in the future.

She said in a statement that she is honoured to join Scouting Ireland.

‘I believe that the work done by Scouting Ireland with young people truly matters and has a positive impact on them and our communities,’ she added.

She stated that the scout method and system of ‘progressive self-education’ is a proven success in building resilient, confident young people.

‘Never has a strong scouting movement been more important for our young people,’ she said.

She vowed that as CEO she will support the growth of Scouting Ireland and the development of young people in a safe, professional and fun environment.

The scouting organisation has been undergoing change in relation to its child protection, governance and complaints procedures in recent times. This follows on from a review which revealed last year that there had been allegations of abuse from alleged victims between the 1960s and 1980s. The Child and Family Agency Tusla also wrote to the scouting body earlier in 2019 in a letter which it stated should have remained private. 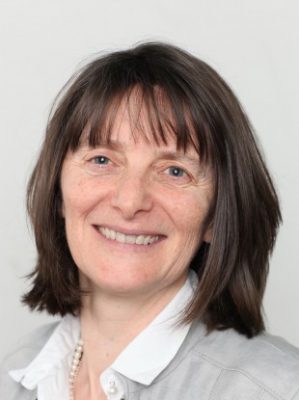 Following the WMOF held in August 2018, Anne Griffin collated figures revealing that just under half a million people (499,000) attended the wide variety of events, which included the 3-day Pastoral Congress at the RDS, the Festival of Families at Croke Park, the Angelus at Knock Shrine and the Papal Mass in the Phoenix Park.

A total of 1.8 million people tuned into the national broadcaster, RTÉ, to view coverage of the WMOF and the visit of Pope Francis to Ireland. Worldwide viewers were serviced by 75 broadcasters who beamed images to millions across the globe.

There were 11,000 international pilgrims from 114 countries present at those events and 1200 international members of the press were registered. There were 351 international speakers at the pastoral congress, and 1.14 million words were translated by volunteers into 5 languages. The many visitors availed of 44,203 bed nights worth an estimated €3 million to Ireland.

Before working for the WMOF, Anne Griffin spent 20 years in the corporate and not-for-profit sectors. She was general manager of the International Eucharistic congress in 2012. Before that she had roles with the Special Olympics and European Heart and Lung transplant games.