All governments must work to end tax dodging on behalf of their citizens who ultimately lose out, Jim Clarken, CEO of Oxfam Ireland has said.

He made this assertion as details of tax dodging by some of the world’s richest people emerged from the Panama Papers exposé by the International Consortium of Investigative Journalists.

“Every single year, poor countries lose approximately €150 billion due to tax dodging by wealthy individuals and companies,” he said.

In advance of the Irish general election, an Oxfam Ireland survey found that 82% of people agreed that measures to specifically address tax dodging needed to be a priority for the incoming government and Taoiseach.

The survey also showed that 86% of Irish people believe that big companies and wealthy individuals are using tax loopholes to dodge paying their fair share of taxes. 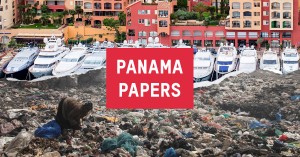 “The global tax system clearly does not serve the citizens of the world and this must change. Real transparency is needed – for example, establishing public registers of the beneficial owners of all companies, foundations and trusts,” he said. 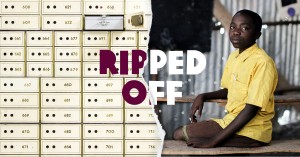 In his blog on the Oxfam website, Jim Clarken highlights that Malawi and other African countries which would benefit from taxes.

In Malawi public health facilities are free at the point of use, but there are shortages of medicines and staff resulting in a poor quality service.

Yet Malawi has experienced rapid economic growth in recent years.

Oxfam has calculated that the lost tax revenue from money held by Malawians in HSBC accounts in Geneva – as revealed by the International Consortium of Investigative Journalists in their SwissLeaks exposé in 2015 – could pay the salaries of 800 nurses for one year.

Jim Clarken concluded that when taxes go unpaid due to avoidance by wealthy individuals and companies, government budgets are inadequate to pay for proper healthcare, schools and infrastructure.

He stated that universal and affordable public services are vital to lifting people out of poverty.

Christian Aid has also campaigned for years on issues of tax justice including the establishment of a publicly accessible register of owners of companies.

Ireland has agreed to establish a register, but has not made a decision on making it public.

“The Irish government has two golden opportunities to respond to these latest revelations. One, is to introduce a publicly accessible register of the true flesh and blood owners of all companies registered in Ireland, and to push their European partners to do likewise,” said Sorley McCaughey, Head of Advocacy and Policy at Christian Aid Ireland.

He added that the second is to push the European Commission to introduce full public country by country reporting, including those companies operating in tax havens around the world.

“From a reputational point of view, it’s sensible that Ireland is seen to be taking opportunities to demonstrate commitment to the highest levels of financial practice,” Sorley McCaughey concluded.

On its website the International Consortium of Investigative Journalists said, this is “the largest cross-border journalism collaboration” and investigating leaked documents from Mossack Fonseca, a global law firm based in Panama.

It states that the secret files:
-Include 11.5 million records, dating back nearly 40 years with details on more than 214,000 offshore entities connected to people in more than 200 countries and territories. Company owners include billionaires, sports stars, drug smugglers and fraudsters.

-Reveal the offshore holdings 140 politicians and public officials  including 12 current and former world leaders. Among them: the prime ministers of Iceland and Pakistan, the president of Ukraine, and the king of Saudi Arabia and some $2 billion in transactions connected to  associates of Russian President Vladimir Putin.

-Reveal that more than 500 banks, their subsidiaries, and branches – including HSBC, UBS and Société Générale – created more than 15,000 offshore companies for their customers through Mossack Fonseca.