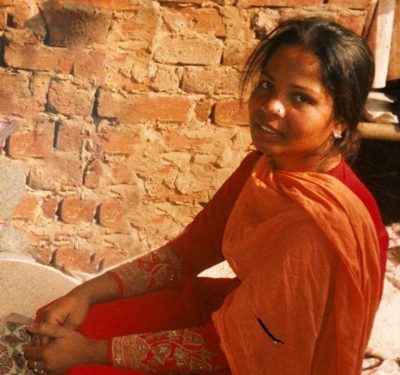 The Supreme Court of Pakistan has confirmed the acquittal of Asia Bibi, leaving her free to leave the country.

Following the verdict, Aid to the Church in Need (ACN) reported that Asia Bibi can now join her two daughters in Canada, where they have been granted asylum.

The Christian woman was sentenced to death for alleged blasphemy in 2010 and was acquitted on 31 October last. However, the prosecution filed an appeal requesting the confirmation of the death penalty.

Three judges under the leadership of the new President of the Court, Judge Asif Saeed Khosa, heard the arguments and evidence, including that of Imam Qari Muhammad Salaam, who had accused Asia Bibi of blasphemy.

Fides reported that the President of the Court stated: “Does Islam say that one should be punished for a crime even in the absence of evidence?”

The judge highlighted the facts of the case, including the conflicting testimonies, and that a complaint was made only five days after the incident occurred.

The judge declared the request for the review of the verdict “rejected”, and that Asia Bibi has full freedom and permission to leave the country.

After the original trial in October there were violent protests, leading to fears for the safety of Asia Bibi. After the latest verdict was announced, special security measures were put in place, with rangers and police forces deployed to enforce public order in the capital, Islamabad.

ACN, which fights against persecution, stated that the ruling marks a “setback for fundamentalist Islam in Pakistan”. Dominican Father James Channon, director of the Peace Center in Lahore, which promotes inter-faith relations, has reported to ACN that research by the Catholic Church had revealed 187 live cases of Christians charged with blasphemy, which in Pakistan can carry sentences of life imprisonment or death.

Fr Channon said: “Even now, after her acquittal, Asia Bibi is anything but safe. Radical Islamists are trying to find her so they can kill her. That is why she remains under state protection.” 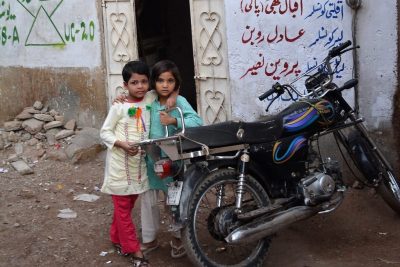 He highlighted the suffering experienced by so many people accused of blasphemy, irrespective of the outcome of their cases. The priest said: “The blasphemy law destroys the lives of those who have been accused, even if they avoid being executed.”

He added that any time Christians are accused of “supposed” blasphemy all Christians in the area are put in danger of attack.

Asia Bibi was accused of blasphemy when she defended herself for drinking out of a cup on a hot summer’s day back in June 2009. She was at work picking berries, close to her home in Sheikhupura in the Punjab province. However, her fellow workers were furious with her for using a cup that they had also used. They made accusations against her and stated that as a Christian she had defiled the vessel by drinking out of it. Asia spoke up for her Christian faith and her co-workers accused her of blasphemy.

The court case that followed ended in November 2010 when she was sentenced to death, and she has remained in prison since.