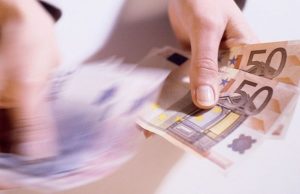 If the EU were to include member states in its blacklist of tax havens, Ireland would be on the list according to Oxfam. For the first time, Oxfam has applied the EU’s own criteria to 92 countries worldwide as well as to the 28 EU member states. According to the analysis, at least 35 non-EU countries should be included in the EU tax haven blacklist.

Four EU member states: Ireland, Luxembourg, the Netherlands and Malta also met the criteria for being listed as a tax haven. “As Ireland fails the EU’s blacklisting criteria, it is clear that the Government has questions to answer with regard to its stated commitment to tackling tax avoidance,” said Jim Clarken, Chief Executive, Oxfam Ireland.

“The analysis in this report uses the very measurements the EU is currently applying to 92 non-EU states to assess whether they should be blacklisted as tax havens. Sadly, this analysis places Ireland in an elite club.”

Ireland fails to meet the second criterion on fair taxation and the facilitation of tax avoidance. For example, the report establishes that royalties sent out of Ireland were equivalent to 26% of the country’s gross domestic product in 2015. That is more royalties than are sent out of the rest of the EU combined, and makes Ireland the world’s number one royalties provider.

The report, Blacklist or Whitewash: What a real EU blacklist of tax havens should look like, shows how financial flows are often completely out of proportion with the tax havens’ real economic activity. In the British Virgin Islands, foreign direct investment amounts to 90,000% of the country’s GDP. For the Cayman Islands, it represents 5,400% of the GDP, for Malta 650% and for Luxembourg approximately 400%.

Oxfam is concerned that EU governments will come up with a weak or even empty blacklist. The Maltese EU presidency has publicly advocated for an empty blacklist. Oxfam is also urging the EU to put rules in place to reform the tax systems of EU countries like Ireland which meet criteria for being listed as a tax haven.

Mr Clarken continued, “An ambitious and objective list of tax havens with strong countermeasures is a concrete and powerful way to clamp down on tax avoidance which deprives countries of hundreds of billions of dollars, fuelling poverty and inequality. If the EU is serious about preventing tax havens from engaging in harmful practices that affect us all then it should stand up to political and corporate pressure and create a genuine blacklist, not a whitewash.”

The report also highlights  that according to the EU’s definition of a tax haven, there are six linked to the UK: the British Virgin Islands, Cayman Islands, Bermuda, Jersey, Gibraltar and Anguilla. The charity has also called on the UK government to take responsibility for its own offshore backyard by requiring Britain’s overseas territories and crown dependencies to publish registers revealing the real owners of companies registered there.

Jim Clarken stated, “People are fed up with the double standards that mean some companies and wealthy individuals can funnel money through tax havens to avoid paying their fair share of tax, while ordinary people in the UK and overseas are struggling to get by.”

He said that there is growing cross party consensus on this, and the Government should not delay further action to end tax secrecy in UK-linked tax havens and to require UK-based multinationals to publish their tax payments in every country they operate. The report states that multinationals are able to use the UK’s overseas territories to shift profits.