You too have “an ownership of the child you helped conceive” 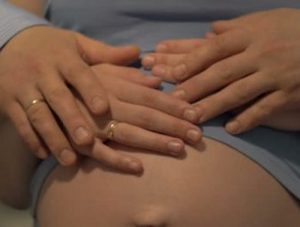 In a talk delivered earlier this week, Finola Bruton appealed to men to get involved in the debate on the Eighth Amendment and to stand up for their rights as fathers.

Pointing to the “non-involvement or the non-engagement” of the fathers of unborn babies, and the “distancing of many husbands and indeed older men” from the issue, she said it was an irony that 40 years ago, men were able to walk away scot-free from any responsibility towards their pregnant girlfriends. “The feminists railed furiously against this, and with justification,” she said.

“Today, where more than one-third of all births are to single women, and DNA testing can establish the paternity of unborn babies, it seems as if men have vanished off the face of the earth. The same women who complained all those years ago about men getting off the hook are actively encouraging them to stay out of this and mind their own …business. ‘My body, My choice.’”

She continued: “There are, however, sadly another group of men for whom the silence must be deafening. The fathers who wish to take responsibility for the children whom they have fathered and are as yet unborn. The fathers whose DNA makes up 50 per cent of that of all unborn babies. The fathers who long to hold and nurture and cherish their children are forced to stand aside, or worse, accompany their girlfriends on a life-ending voyage.

“For them it’s truly a question of what’s ‘His baby too’ is ‘Her choice only’. Where is the equality in that?” she asked.

Appealing to men, the wife of former Taoiseach John Bruton said their voices needed to be heard. “We need to support them if and when they speak. They need to know that not all females will drown them out. They too have an ownership, in so far as it goes, of what happens to that child that they helped to create. They too have rights and responsibilities.”

In her talk Ms Bruton also addressed the issue of women hurt by abortion whose voices are not heard. “When I worked as a Counsellor, I have been, for better or for worse, a witness to a number of these traumas. They are not experiences that one would wish to have repeated: the terrible guilt, the awful grief, the desperate if futile wish that all could be reversed.”

Yet at every desperate mental and emotional turning, women were told that what they did was for the best. “In my experience, no one can move on from something that they suspect might not have been the right decision without confronting that decision and acknowledging that they might have made a mistake. To forbid women to do this is to place an intolerable burden on their already heavy shoulders.”

While women were encouraged to open up about abusive pasts, the loss of childhood, adoption experiences etc., “we do not want to hear from those who regret an abortion,” said Ms Bruton.

She noted that in the history of the Irish Constitution, additional rights were always conferred by amendments or judicial interpretation. “This is the first time in Irish history that a constitutional right is being taken away. A profoundly utilitarian view of human life is determining our ethical and moral understanding of what it is to be human,” she said.

Ms Bruton was speaking at the Alexander Hotel at an event sponsored by the Iona Institute.