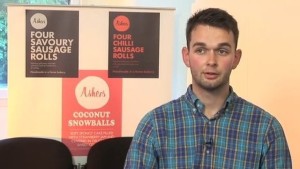 The owners of Ashers Baking Company in Northern Ireland have indicated that they are considering appealing Tuesday’s ruling that it was guilty of discrimination for refusing to make a cake with a pro-gay marriage slogan.

Responding to the outcome, Daniel McArthur, a Christian who runs Ashers Baking Company said they were “extremely disappointed” with the judgment.

“The ruling suggests that all business owners should be willing to promote any cause or campaign, no matter how much they disagree with it.”

“Or as the Equality Commission has suggested, they should perhaps just close down, and that can’t be right.”

District Judge Isobel Brownlie said the McArthur family were entitled to “their genuine and deeply-held religious beliefs” but “in accordance with the law” could not manifest them in the commercial sphere if it contravened the rights of others. The judge said religious beliefs could not dictate the law.

In her ruling she said the bakery had acted unlawfully by discriminating against gay rights activist Gareth Lee who ordered the cake last year.

Ashers was told that there was “no justification” for its refusal to make a cake bearing Sesame Street puppets Bert and Ernie with the slogan ‘Support Gay Marriage’ and the judge ordered them to pay £500 damages.

The McArthurs had argued they their issue was with the message on the cake, not Gareth Lee, and they said they did not know he was gay. 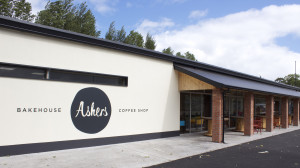 However, the judge said they must have realised he was and that they had directly discriminated against him.

Gareth Lee is a member of the gay rights group Queer Space.

He ordered the cake featuring the Sesame Street puppets and the  gay marriage slogan for a private function in Bangor, Co Down, to mark International Anti Homophobia Day.

He paid in full when placing the order at Ashers’ Belfast branch but two days later the company phoned to say it could not fulfil his order.

Judge Brownlie accepted he had been treated “less favourably” and contrary to the law. She said Ashers “are in a business supplying services to all. The law requires them to do just that”.

“My finding is that the defendants cancelled this order as they oppose same-sex marriage for the reason that they regard it as sinful and contrary to their genuinely-held religious beliefs.”

However, as the bakery is not a religious organisation and are conducting a business for profit there are no exceptions available under the 2006 regulations which apply to the case.

Those who support Ashers have warned that the case shows how freedom of conscience is being undermined for those with strong religious convictions.

A lawyer acting for the campaign group backing the McArthurs suggested that in view of the ruling, Muslim printers could now be forced to print cartoons of the Prophet Mohammed.

Peter Lynas of the umbrella group Evangelical Alliance said the ruling was a “significant change”.

“It seems that religion has been effectively banished from the commercial sphere. Even the right to freedom of religion under the European Convention of Human Rights could not save the McArthurs,” he said.

Among the supporters for the McArthurs was the former Stormont health minister Edwin Poots and DUP Lagan Valley MLA Paul Givan, who is seeking to introduce a ‘conscience clause’ into equality legislation.

Ashers Baking Company employs up to 80 people across six branches.

The Equality Commission had initially asked the bakery on Belfast’s Royal Avenue to acknowledge it had breached legislation and offer “modest” damages to the customer.

When Ashers refused, the watchdog proceeded with the legal challenge on thegrounds that Ashers had discriminated against the customer over his sexual orientation.

The McArthur family were supported by the Christian Institute which paid their defence costs.