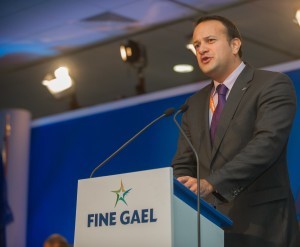 The Taoiseach was forced to apologise publicly on Thursday for his remark in the Dáil comparing the leader of Fianna Fáil, Micheál Martin, to a hypocritical sinning priest.

Speaking to media ahead of the meeting between the government and the country’s faith leaders, Leo Varadkar said he was withdrawing his remark, which had been made in the heat of a debate in the Dáil on Wednesday.

“It was a rather bitter and personal debate on both sides but in doing so I offended a lot of people who I never intended to offend. I am sorry for that, I do apologise and I am going to withdraw the remarks,” Mr Varadkar said.

The Fine Gael leader compared Micheál Martin to “one of those parish priests who preaches from the altar, telling us to avoid sin while secretly going behind the altar and engaging in any amount of sin himself”.

The apology was welcomed by Fr Michael Toomey, parish priest of St Peter’s and St Paul’s in Clonmel, who had written to Mr Varadkar seeking a retraction.

In a statement, Fr Toomey said he fully accepted the comment was “off the cuff” but he said it had “caused great offence to many priests and people of faith in the Catholic Church and others of no faith who were surprised by his comments”.

Speaking to Catholicireland.net, the parish priest said, “the Taoiseach should be more aware of such public comments, as we all should. I mentioned last weekend hurtful online comments against the Church, the gay community in the Pride event, among others.”

“We are all human and make mistakes – so for me he has done as I asked him in my letter, so it is the end of the matter.”

In his letter, Fr Toomey told the Taoiseach, “I personally found your comments extremely offensive and derogatory. I fully appreciate that the Church has failed miserably by some in the past, particularly in the abuse of so many, but that many of us are serving our communities in so many ways to the best of our ability.”

He cited the example of Bro Kevin Crowley at the Capuchin Day Centre in Dublin, who helps the poor and homeless daily, and Fr Peter McVerry, who he said “is doing all he can to help your government’s total failure to deal with the homeless crisis”.

He also told the Taoiseach that he himself has been “working tirelessly these last few weeks with your Junior Minister for Mental Health and others to assist in the increase … of mental health provisions in our area, and the serious increase in drug issues.

“This morning, I ministered to over 20 patients on trolleys in South Tipperary General Hospital as there are no beds for them. I also spent much of last week seeking accommodation for a family who are homeless, and spent time with a man who lost his son to suicide a few months ago, as he has nowhere else to turn.

“We are all sinners, Taoiseach, yet we as Catholics have faith in the love and mercy of God in all our lives. Your comments have deeply hurt so many of us priests and singled us out tarnishing us all with the one brush.”

The Taoiseach’s comment was also condemned by Bishop Phonsie Cullinan of Waterford and Lismore.

Speaking on RTÉ Radio, Bishop Cullinan said he would like “to stand up for the 99 per cent of priests across the country who are working hard and they’re loved by their parishioners. If any of them are listening in I would like to say to them, well done, you’re doing a great job and keep it going.”

Dr Cullinan said many of his flock had told him after Mass on Wednesday evening that they were deeply offended by the comment.