Ordination of new Bishop of Ardagh and Clonmacnois today 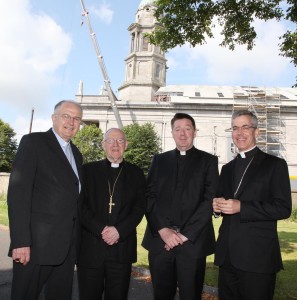 The Primate of All Ireland, Cardinal Seán Brady will lead the ceremonies in St Mary’s Pro-Cathedral in Athlone as Fr Francis Duffy is ordained Bishop of Ardagh and Clonmacnois this afternoon.

The papal nuncio, Archbishop Charles Brown and the retiring Bishop of Ardagh and Clonmacnois, Bishop Colm O’Reilly, will act as co-consecrators at the ordination Mass which begins at 3pm.

Pope Francis appointed Fr Duffy as Bishop of Ardagh and Clonmacnois on 17 July 2013.

The diocese has a Catholic population of 71,806, 41 parishes, and 80 churches spread across nearly all of Co Longford, the greater part of Co Leitrim and parts of Cavan, Offaly, Roscommon, Sligo and Westmeath. St Mel is the patron of the diocese.

Bishop-elect Duffy was born on 21 April 1958 in the parish of Templeport, Co Cavan to Mary Catherine Dolan and the late Frank Duffy. He is the oldest of four children.

He studied for the priesthood at St Patrick’s College, Maynooth and was ordained a priest for the diocese of Kilmore on 20 June 1982 in St Mogue’s Church, Bawnboy, Co Cavan by Bishop Francis MacKiernan.

For eleven years Fr Duffy was on the teaching staff of St Patrick’s College, Cavan, where he taught History, Religion and Irish. 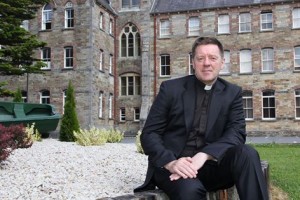 He also held the additional responsibilities of Financial Administrator, Communications Officer and Archivist.

Since 2009, Fr Duffy has been resident priest in the parish of Laragh, Co Cavan where he has remained until the present day.

Tags: Ardagh and Clonmacnois, Bishop-elect, Ordination, Primate of All Ireland