One in eight children living in consistent poverty: TASC 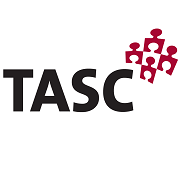 Consistent child poverty almost doubled during the recent recession, according to a new report from the independent think-tank *TASC.

The Cherishing All Equally 2016 report was prepared by Cian McMahon and Dr Rory Hearne who state the proportion of children living in consistent poverty in Ireland rose from 6.3% in 2008 to 11.2% in 2014.

“This equates to 138,000 children, or one in eight, living in consistent poverty,” said Dr Rory Hearne.

“Of all households with children, lone parents have the highest poverty and deprivation rates – 18.3% of all children in Ireland live in lone parent households,” he added.

Cherishing All Equally 2016 highlights that school children in poverty perform more poorly than their better-off classmates.

“At nine months, the level of household income a child is born into has no correlation with their inherent cognitive potential. But by the age of three, those in higher income families are performing better with a difference of at least 10 points in the average scores on the Naming Vocabulary tests,” Dr Rory Hearne said.

He added that at nine years old a 1% increase in household income can increase reading score by 5.16% and maths scores by 5.1%. In reality nine year olds in the bottom income levels are affected by learning disabilities.

The impact of lower income on educational outcomes becomes stronger as children get older. 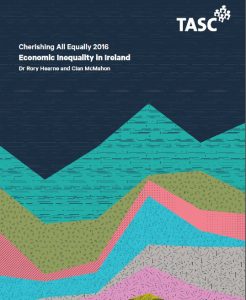 Cherishing All Equally 2016 follows on from a similar report in 2015 and updates 18 key economic inequality indicators.

These included the distribution of income and wealth; provision of public services; taxation; family composition; people’s capacities; and the cost of goods and services.

Those that have worsened include: gross income, wealth, deprivation, public expenditure and the cost of living.

On the other hand, there have been improvements to employment rates; the National Minimum Wage, as well as the fall in people  not in employment, education or training.

“At 23%, Ireland has one of the highest incidence of low paid jobs in the OECD. The increase this year in the minimum wage to €9.15 per hour is very welcome, but it remains 20% lower than the estimated wage of €11.50 per hour required to live a decent life.”

Dr Ursula Barry’s and Dr Maggie Feeley’s section on Gender and economic inequality in Ireland, shows a concentration of women in low paid, part-time work and in unpaid care work.