One call for help every minute to Samaritans in 2014

Samaritans Ireland has seen a 30 percent increase in calls in the 12-month period to September 2015.

Launching its 2014 – 2015 Impact Report this week, the charity said the calls were up because of the introduction of a free-to-call helpline in March 2014.

Samaritans’ volunteers have answered one million phone calls since then.

In the yearlong period, Samaritans branches across the country responded to 623,579 calls to its free helpline, 13,272 emails and 7,705 texts.

There were also over 8,500 face-to-face visits at Samaritans branches across the Republic. 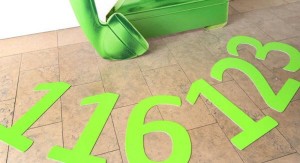 The free helpline is supported by Ireland’s six largest telecommunications providers – eir, Vodafone, Virgin, BT Ireland, Sky Ireland and Three – which have agreed to extend this commitment until 2019.

“The dramatic increase in calls to our service shows that many people in Ireland are struggling to cope and need a place to turn for support,” said Catherine Brogan, Executive Director of Samaritans Ireland.

Removing the barrier of cost had made it easier for people to access support, she said, as they no longer had to worry about call charges.

“This is particularly important for the groups in society who we know are at increased risk of suicide and for whom cost is a deterrent. The continued support of the telecommunications industry allows us to focus on making our service as accessible as possible for all who need us.”

She noted that people were coming to the Samaritans earlier and this was a positive thing.

Ms Brogan said that while the methods people used to contact the Samaritans might change, the underlying problems causing anxiety remained the same.

“These include family and relationship problems; financial worries; depression and mental health problems; loneliness; and stress and anxiety.”

The Impact Report showed that the busiest days of the week for the helpline were Saturday, Sunday and Monday.

The busiest hours were from 8pm to midnight when many other support services are unavailable. Just under 55% of calls were received from 6pm to 6am.

“We know that human connections, a listening ear, a caring voice can frequently make the difference between someone deciding that they need to act now, or that they should pause and perhaps explore the alternatives,” she said.

The Samaritans’ attitude of “non-judgmental, compassionate, confidential support” from volunteers, there, by choice, because they care, was “a precious and powerful piece of the complex jigsaw of suicide prevention work in Ireland,” she added.

Kathleen Lynch, Minister of State for Mental Health, Primary Care and Social Care, praised the dedication of the Samaritan’s 1,569 volunteers.

The charity’s free-to-call helpline can be accessed on 116 123 and will be open throughout Christmas.