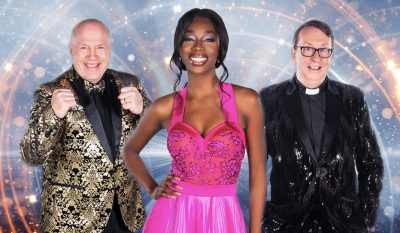 Ireland’s singing priest Fr Raymond Kelly is set to become known as a dancing priest too when he takes part in RTÉ’s reality television show Dancing with the Stars in the New Year.

A video clip of Fr Ray singing a version of Leonard Cohen’s song “Hallelujah” during a wedding ceremony became a viral hit on social media in 2014. More than seven million people have liked and shared the video clip.

Since then the priest of St Brigid’s and St Mary’s parish in Oldcastle, Co. Meath appeared in last year’s Britain’s Got Talent competition on ITV. Fr Ray made it to semi-final 5 before being eliminated.

After being asked by Ryan Tubridy, “How did we get from the sacraments to the samba?” Fr Ray revealed that his appearance in the dancing show had been approved by Bishop Tom Deenihan of Meath.

The Lord may move in mysterious ways, but are they as mysterious as those of Fr Ray on the dance floor?