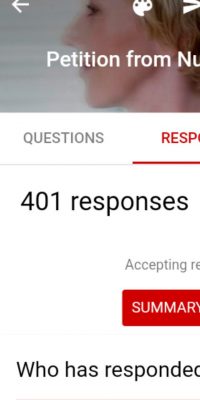 Hundreds of Irish nurses and midwives have signed a petition calling for Health Minister Mr Simon Harris to consult with them and ensure that new abortion laws allow for conscientious objection.

The petition is available online and was organised by Nurses & Midwives4Life Ireland, which held a press conference on Tuesday 27 November.

By the next day, 28 November, there were over 400 signatures on the petition written on behalf of what they called the dedicated, hardworking nurses and midwives who care for patients from conception to natural death.

In the petition they state that they are “extremely concerned” that the Health (Regulation of Termination of Pregnancy) Bill 2018, in particular, Part 3 Section 23 (3),* will seriously impact on their ability to practise.

“For the first time this legislation, which differs from the 2013 Act, will permit the intentional ending of the life of the unborn child up to birth. For us as nurses and midwives participation in termination of pregnancy defined in relation to a pregnant woman as a medical procedure which is intended to end the life of a foetus, is morally objectionable and conflicts with our conscientious commitment to life,” they state.

“Participation includes any supervision, delegation, planning or supporting of staff involved in termination of pregnancy. We do not want to be discriminated against by our employers or victimised as employees if we exercise our right to freedom of conscience,” they continue.

They give the example of two Scottish midwives Mary Doogan and Connie Wood who were forced to quit their jobs when they refused to oversee abortions. They call on the Minister for Health to consult with members of the nursing or midwifery professions on the clinical implications of this bill. They ask that the Minister support amendments that have been tabled to protect their right to freedom of conscience so they, as they put it, “will not be forced out of our professions”. 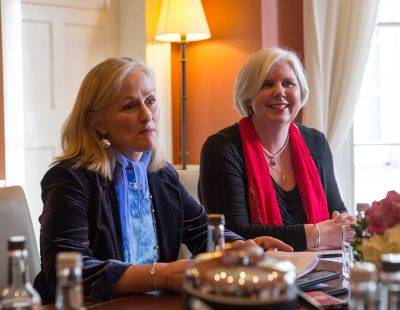 At the press conference

Nurses & Midwives4Life Ireland stated that by referring the patient to another staff member they are participating in the procedure. Nurses and midwives who practise in Ireland are, by law, listed on the Register of Nurses and Midwives, which currently has around 65,000 listed.

Separately, in a letter to the Irish Times, Bermadette Flood PhD, MPSI from Co. Kildare stated that the most recent version of the Health (Regulation of Termination of Pregnancy) Bill 2018 does not provide conscientious objection rights for pharmacists. “This right is provided only for doctors and nurses,” she wrote.

*Section 23 (3) states that: A person who has a conscientious objection referred to in subsection (1) shall, as soon as may be, make such arrangements for the transfer of care of the pregnant woman concerned as may be necessary to enable the woman to avail of the termination of pregnancy concerned.