Nuncio to preach at CofI cathedrals for Christian Unity Week 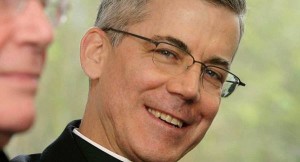 The Papal Nuncio, Archbishop Charles Brown, is to preach at St Anne’s Cathedral in Belfast and St Patrick’s Church of Ireland Cathedral in Armagh during the Week of Prayer for Christian Unity.

The service at St Anne’s Cathedral will be led by the Dean, the Very Rev John Mann with Fr Hugh Kennedy, Administrator of St Peter’s Cathedral in the city.

The Moderator of the Presbyterian Church, the Rev Dr Rob Craig will also attend while the Methodist President will be represented by the Rev Dr Donald Ker.

The choral music at the service will be led by the choirs of both St Anne’s Cathedral and St Peter’s Cathedral, Belfast.

The order of service will be on the theme ‘Is Christ Divided?’ as set out by Churches Together in Britain and Ireland. This year the Liturgy has been prepared by the Churches in Canada.

Speaking ahead of the service in St Anne’s Cathedral, Dean John Mann said he “very much” welcomed Archbishop Charles Brown and all the Church leaders to St Anne’s “for what is an important annual occasion for our two cathedrals in Belfast.”

He said the service and the Week of Prayer for Christian Unity marked not only the on-going partnership between St Peter’s and St Anne’s but “more importantly a coming together of Christians from across the city to share our gifts in mutual love.”

“May this service and that in Armagh, the following day, be a springboard for future endeavours; weaving together the threads of the past whilst stepping forward in unity and faith,” Dean Mann said.

The music in Armagh will be led by the choirs of both cathedrals in the city.

The Week of Prayer for Christian Unity will run from the 18th to the 25th January.