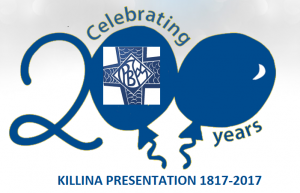 The Papal Nuncio, Archbishop Jude Okolo, joined Bishop Michael Smith of Meath and Bishop Leo O’Reilly of Kilmore at the recent ceremony to mark the bicentenary of the arrival of the Presentation Sisters in Killina-Rahan in Co. Offaly.

Two hundred years ago, two Presentation Sisters travelled on the Grand Canal from Dublin to Killina.

Their arrival heralded the beginning of a story of involvement with the community of Rahan and the wider area, which has spanned two centuries up to the present day.

The Presentations Order was founded in 1775 by Venerable Nano Nagle to look after the educational needs of the poor.

In his homily, Bishop Smith said the Presentation Sisters “were true pioneers in providing education to people so long denied this basic fundamental right”.

He said one aspect of the history that intrigues many is why the Sisters accepted the invitation from Maria O’Brien (who lived in Rahan Lodge) to come to Rahan in the first place, rather than stopping in Tullamore when they passed through it on the canal.

Rahan, he suggested, “was not exactly high profile in the life of the country. I am sure they would have been welcomed by many communities. It was the first house of female religious to be established in the diocese, following the penal times.”

Education, Dr Smith noted, “brings dignity to people’s lives”. But he stressed that Ireland was a sad place after the Act of Union.

“While the relaxation of the Penal Laws was some relief, great poverty was still present in all communities. Catholics still suffered serious discrimination on many fronts, not least in the area of education. That battle for education was fought over many decades with the hedge schools and schools in mud cabins.”

There were ten such small schools in the parish when the Sisters opened their school in Killina in 1817.

One was in the church at Mucklagh, one in a small wretched house, another in a thatched cabin, another in a stable covered in sods. Many of them were supported by Miss Maria O’Brien of Rahan Lodge, who became a great benefactor of the Sisters, eventually joining the order herself.

The Presentation Sisters were “true revolutionaries in our country, their weapon being giving people a consciousness of their dignity as children of God. It is a history that many, pursuing their own agenda, would like to obliterate from public record in these times.”

Elsewhere in his homily, Dr Smith highlighted that the horizons and outreach of the Sisters extended far beyond Killina.

Fifteen years after arriving in Rahan, a member of the community, Sr Xavier Curran, led a small party of Irish Presentation Sisters to open a school in Madras, now Chennai, in India. It was the first Presentation school in that part of the world.

She went, as did those who followed her, knowing she was very unlikely to come back, he said.

The Suez Canal did not then exist, so it was a long and difficult six-month journey in a sailing ship. Three more Sisters from Rahan also went to Madras, with that community spreading from there into Pakistan.

Four Sisters, natives of Rahan, – the Doyles and Fogartys – went to Australia to found schools.

Over the past two hundred years, around 160 natives of the parish joined religious communities, including the Presentation Sisters, an extraordinary contribution to the mission of the Church over the decade, Bishop Smith highlighted.

“It is right that today we recall this commitment and this giving of lives. Their giving echoes those words of Jesus in our Gospel since they became mother and mentor to generations of young people in Rahan and around the world,” he said.

“But not only do we remember, we are also invited to reflect and ponder on the meaning of it all.”

“Obviously our time is now experiencing major changes in religious life. The Presentation Sisters, like the Mercy Sisters, responded with the utmost generosity in meeting a great need in our country and elsewhere. It is easy to forget the debt our country owes to their sacrifice. They gave opportunity for education to generations of children at the time when the State was either unwilling to do so or, for decades after independence, lacked the resources to do so.”

“Truly they did it for God, giving their greatest gift, their very lives, for the sake of others. It is right we honour their memory. Their courage and extraordinary commitment of life give us all much to reflect upon in the context of faith and life, especially living that call to walk in the way of God, a call that comes to all of us in baptism.”