Home > Featured > There is nothing Catholic about Palmerian Church expert warns

There is nothing Catholic about Palmerian Church expert warns 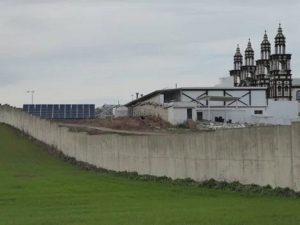 “When people call a group a cult – it is not based on what the group believes but rather on how they act and what they do and the transformation, usually negative, that belonging to the group brings about in members,” he told CatholicIreland.net.

The word ‘Church’ is used to describe any large established religion.

“The term comes from the sociology of religion so a Church would be a large organisation with continuity passing from one generation to the next. Churches tend to enjoy a good relationship with wider society. They are characterised more by universality – ‘this is something that is for everyone’,” he explains.

Sects are groups which split off from a Church.

“A sect would claim a certain exclusivity or a certain interpretation of what the church was originally teaching although it would move far away from its mother church.”

An example of this is the Society of Saint Pius X founded by the French Archbishop Marcel Lefebvre in 1970. It denies the legitimacy and authority of the Second Vatican Council, its teaching and all the liturgical reforms that followed it.

The Tridentine group is retaining the Church as it was prior to Vatican II. “That would be classic sect-like behaviour saying ‘the mainstream has got it wrong and we have got it right and we are preserving the true Church’,” says Dr Kearney.

With cults the criteria is based more in sociology – in how people live rather than what they believe.

“It tends to be about coercion – physical, psychological, financial and in addition, the lack of personal autonomy and the way power is exercised over others by cult leaders.”

Recently RTE’s Liveline has been hearing many stories coming from people affected by the Palmarian Church.

Dr Kearney is loath to describe the group as a cult, although it could be considered to have ‘cult like’ characteristics he says. 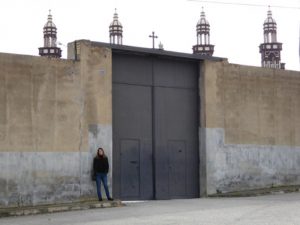 On Wednesday 20 July, Maria Hall, a former Carmelite nun at the Palmarian headquarters Palmar de Troya, shared her experiences of the group.

She described being totally sleep deprived from rising early each morning and getting to bed only in the early hours the next day.

Regular all night vigils meant not even getting an average 4 hours sleep a night.

Ms Hall shared on the programme that when she left the group she was unable to sleep for years.

According to Dr Kearney, many Catholic sects have arisen from what are known as ‘Sede Vacantis’ groups which are groups believing that particular papacies are illegitimate.

Wikipaedia cites fifteen such groups, which include the ‘Palmarian Catholic Church’. Dr Kearney says there could be many more, but often they are very small, perhaps with a just a handful of adherents.

Although the Palmarians call themselves a ‘Catholic Church’, Dr Kearney says you could not judge them to be catholic in any sense.

“They have adopted a certain amount of Catholic imagery but there is nothing Catholic about them.”

The Catholic Church has boundaries and measures of orthodoxy, he says.

Catholics must ascribe to certain articles of faith, practices and beliefs. Palmerians do not accept the Pope and they believe that only a small group of elect will be saved.

“They isolate families and separate people. This is the opposite to the Catholic and other Churches, which are all about bringing people together and universality.”