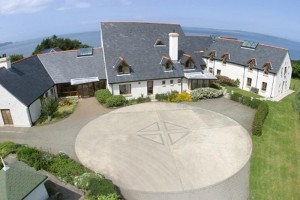 Entitled “Many Streams-One River” the gathering will take place in the beautiful surrounds of the Antrim coastline, and have a strong ecumenical theme, with the  Corrymeela  Centre acting as venue for  youth and family activities.

Among its speakers will be Bishop Brendan Leahy of Limerick and the Very Rev. John Mann, Dean of St Anne’s Church of Ireland Cathedral who will share their  own experiences of the New Commandment.

A Service of Prayer for Christian Unity in the Presbyterian Church in Ballycastle will complete the programme of events on Friday 4th July. 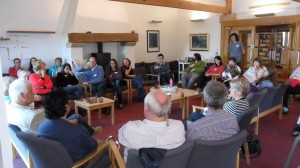 “In an increasingly global, multi-ethnic culture it becomes ever more urgent that Christians go ahead together as brothers and sisters in order to engage in fruitful dialogue with other faith groups to ensure a future of peace without tensions,” said Irene Jovaras from the focolare centre in Belfast.  “These summer gatherings are one of many events to bear witness to the faith that such a future is possible.”

This year the Focolare movement celebrates the fortieth anniversary of its first summer gathering or Mariapolis, in Kildare in 1974, and say organisers, the gathering jointly hosted by the Corrymeela Community and Focolare, will be a landmark event in its history in Ireland.

When the movement which has the aim of contributing with others to the fulfilment of Jesus’ prayer, ‘that they may all be one’ (Jn. 17:21) arrived in Ireland in the early 1970s, there was the sense that it would be important for Northern Ireland.

“Immediately there was the feeling that the spirituality of unity could contribute to peace in Northern Ireland,” recalls Juanita Majury from Belfast who met the movement at the height of the Troubles.

For years a committed community living the spirituality built relationships across community divides.  In 2004 a focolare centre opened in Belfast. 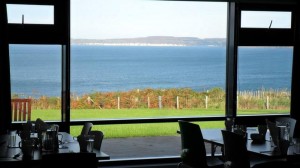 “We see this event as an opportunity to extend the ecumenical circle of Focolare,” said  Irene Jovaras, “It will seek to manifest how living Jesus’ New Commandment, Love one another as I have loved you, (Jn. 13:34) can bring about a unity beyond all our differences.”

Daily programmes including talks, reflections, outings, workshops, social activities and worship, will take place each day at the Marine Hotel in Ballycastle.  Parallel programmes for children and young adults will run at the Corrymeela Centre.  Two musicians / dancers from the International performance group Gen Rosso, will be among the animators of  workshops on music and dance for young people.

“The Mariapolis is like a big family holiday – an ever growing family holiday where everyone – young and old – can come together to chat, to think, to relax, to have fun, to take a break.” said Conleth Burns (16) from Ballycastle.

The event is open to all and according to organiser, Irene Jovaras, it is not too late to join the event.  “Even at this point, people may book for the Mariapolis or drop in at any stage,” she said.   Further information is available from www.focolare.org/ireland.