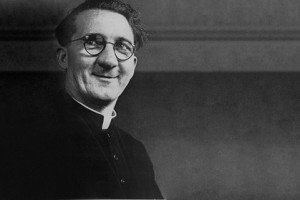 The award will be presented as part of the 8th annual Hugh O’Flaherty Memorial Weekend, which will take place from Friday 30 October to Sunday 1 November in Killarney.

Last year’s recipient was UK surgeon Dr John Beavis. Over 21 years, through his work with the organisation he founded – IDEALS, he has devoted his life to providing humanitarian medical aid in parts of the world afflicted by natural disasters or from conflict.

Mgr Hugh O’Flaherty, who was from Killarney, was dubbed the Vatican pimpernel for his heroic exploits during World War II.

During the course of the war he was instrumental in saving the lives of more than 6,500 anti-Fascist Allied escapees, Jews and many others by hiding them from the Nazis in a number of safe houses throughout Rome.

According to the chairman of the awards, Jerry O’Grady, nominations for the 2015 award are invited from, “The General Public, voluntary organisations and humanitarian NGOs operating at home or overseas and humanitarian and related societies in 3rd level educational institutions.”

“Nominations can be for an individual, team or organisation providing humanitarian services for those in need at home or overseas.”

According to Mr O’Grady, nominations should be outlined in no more than 500 words and submitted in writing to the awards committee or by e-mail to [email protected] before Friday 26 June 2015.

The nomination should clearly outline the reasons why the nominator feels that the individual/team/organisation merits consideration for this award.

An independent panel will fully consider the nominations received and will recommend a recipient to the memorial committee.

The committee expect that the 2015 award recipient will be announced in late August and the Award will be presented on Saturday 31 October 2015 during the 8th Hugh O’Flaherty Memorial Week.