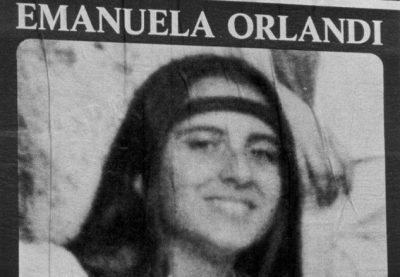 Investigators are no closer to finding any trace of a 15-year-old girl who went missing in the Vatican in June 1983.

Following an anonymous tip-off earlier this month about the fate of Emanuela Orlandi, the Vatican Police Corps and the Office of the Promoter of Justice of the Court of the Vatican City State conducted a search of the Teutonic Cemetery next to St Peter’s Basilica.

Investigations then moved to the Pontifical Teutonic College, next to the cemetery, where two under-floor ossuaries were found containing the bones of several individuals. It’s believed these remains were moved from the cemetery to the two under-floor receptacles when the college was being refurbished and expanded in the 1970s and 1980s.

However, this week the Vatican press office released a statement saying that none of the remains could be dated later than the end of the 19th century, ruling out any possibility that they included any remains of Emanuela, the daughter of a Vatican Bank employee.

Emanuela went to a music lesson in Rome, outside the walls of the Vatican City, and never returned home.

The Orlandi family have requested that the 70 bone fragments recovered from the Teutonic Cemetery and the Teutonic College be subject to further tests. The Vatican has agreed to this, even though the Vatican’s lead forensic investigator, Giovanni Arcudi, did not support this action.

The Holy See’s press office said that the decision to allow further tests – and indeed the decision to conduct a search of the cemetery at the request of the Orlandi family – sprung from a “desire to seek the truth about the disappearance of Emanuela”.

Then, responding to allegations of a Church conspiracy concerning the schoolgirl’s disappearance, the statement continued: “We deny that the Holy See’s attitude of full cooperation and transparency can in any way signify an implicit admission of responsibility.

“The search for the truth is in the interest of the Holy See and the Orlandi family.”