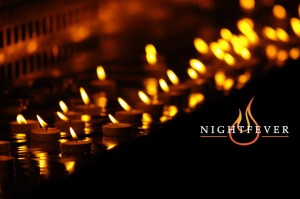 Nightfever is spreading across Ireland – not the movie but adoration through quiet prayer and reflective music in candlelit churches.

There were 800 people at the Dublin event in September and up to 600 people attended in Galway.

There have been other events in Cork, Wexford, Tullamore, and Malahide in North Dublin.

In early December churches in Dublin and Kilkenny will open their doors.

Ronan Wall, coordinator of Nightfever in Ireland, told CatholicIreland.net that the numbers do not matter as much as the quality of the experience that people have.

It involves a team (of mostly young people) putting on high-vis jackets and going out onto the streets and inviting people into the church.

“In all things related to the faith, you need to have an encounter first before you have catechesis or sacraments or growing in holiness,” he told CatholicIreland.net.

“It may be difficult for people who have had a set-back so it is a non-prejudiced encounter. People say ‘the Church is this’, or ‘going to Mass is that’, but to have an encounter is different.”

The people who are invited into the church are typically going out on a Friday or Saturday night to pubs, clubs or the cinemas. 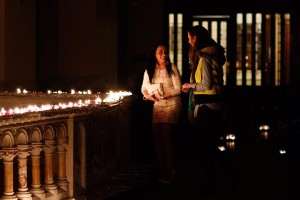 They are asked by the Nightfever volunteers if they want to pause for a moment, to put aside their initial plan and go into the church.

They receive a candle which they can light up in the church. They can simply sit and reflect for a moment or longer or receive some scripture, write down a prayer intention, or speak with a priest.

According to Ronan Wall it is very important to create a beautiful atmosphere with candles and reflective music which is not too loud or old fashioned.

The altar with the Blessed Sacrament is dressed in a special way and often under a spotlight in the otherwise candlelit church.

“If it is not beautiful it creates a barrier for people. As with all evangelisation, you try to remove barriers and prejudices, everything, and let the encounter happen. We don’t do anything – the Lord does everything and the Holy Spirit.”

After World Youth Day in Cologne in 2005 some of the young people who attended wanted to keep that spirit alive and Nightfever was launched and has now spread all over the world.

In Ireland, the first Nightfever was held in April 2013 at the Carmelite church in Clarendon Street in Dublin’s city centre.

Ronan Wall explained that Nightfever can be done with as few as six people, two musicians and 1-2 priests.

For those who want to do their first Nightfever, he can help with advice over the phone or by visiting a group and doing a presentation about how to plan and organise it.

However, he feels there are some very strong groups already in Ireland doing fantastic work. 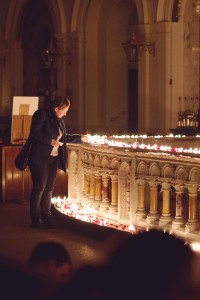 “It is great because we see people coming back to the church, who haven’t been in church for 30 years, and real burdens are lifted and people’s hearts are touched with the encounter. It is a privilege to be working on it. There is a great team in Dublin and there are great teams across the country in the different towns and cities.”

In Galway, Maura Garrihy, Youth Ministry Director, was involved in the latest Nightfever on 25 October. She told CatholicIreland.net that it is a non-confrontational form of outreach.

“It is a really great way of responding to the new evangelisation,” she said. “It is a way of meeting people who would never enter the door of a church. Their planned venue when they get ready to go out is never the church but yet when we invite them in some say no and some say yes, many say yes in fact. Powerful stories of conversions have been shared.”

She tells of some of the Nightfever team approaching two young men smoking outside a pub and engaging in a conversation.

One did not feel he would be welcome in a church as he was gay but in the end he went in and he prayed.

In Galway on Ash Wednesday between five and six hundred people attended Nightfever at the Cathedral.

“It is not about numbers but lots of people do respond to that invitation to come and sit in the church and pray, and have space,” said Maura Garrihy.

The Poor Clare Sisters in Galway pray for the petitions and people seem to like this too.