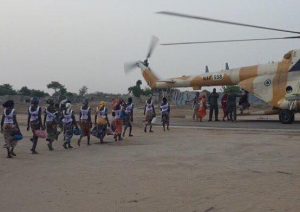 Eighty-two of the young women taken from their school in Nigeria by Boko Haram have been freed, but the local Cardinal has questioned why it has taken so long to secure their release.

“We thank God that these girls have re-embraced their families, but I wonder why they had to wait three years for this to happen,” said Cardinal John Olorunfemi Onaiyekan, Archbishop of Abuja, in an interview with Agenzia Fides.

He has witnessed numerous requests for the government to do everything possible to free the girls. However, the government replied that it could not negotiate with terrorists or release militant prisoners in exchange for the kidnapped women.

“But that is what eventually happened. For their release some Boko Haram leaders were released and an important figure [sum of money] was paid. Why did this not happen before, saving three years of suffering for these girls and their families?” he asked.

He called for prayers for the safe return of more than 100 girls who have yet to be released by Boko Haram.

Last Sunday (7 May) the Nigerian government announced the release of the young women who were among 300 abducted from the high school in Chibok in April 2014. Ever since then, a high profile campaign has been under way under the title ‘Bring Back Our Girls’. 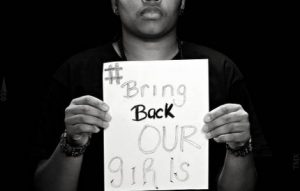 The militant group Boko Haram has been blamed for the abductions and has been linked to the Islamic State group. They have stated that they are against education for women and threatened to sell the young women as sex slaves or force them to marry Islamic militants and their supporters.

When this latest group of captives was released, parents rushed to see if their daughters were among the freed. Nigeria’s president Muhammadu Buhari met with them in the capital of Abuja. The President was elected after the women were taken and part of his campaign was a promise to free them.

The Swiss government and the International Committee of the Red Cross had also been working to help free the captives.

“Ensuring the release of all those captured is urgent and we cannot allow for anyone to be forgotten,” said the UN experts.

“Release is just a first step in the long journey of recovery and rehabilitation,” the experts added. They urged the government of Nigeria to see that the freed women receive psycho-social and other health services and information on work opportunities. They also called on Nigeria to hold the perpetrators accountable. 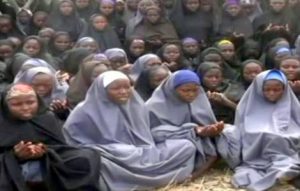 A study carried out by the United Nations Secretary-General on children and armed conflict from 2013 to 2016 has shown that minors continue to suffer cruelties at the hands of Boko Haram in north eastern Nigeria.

In three years more than 4,000 children lost their lives. Many of those who have been freed state that they were abducted, while others were enlisted for economic reasons or family pressure.

Schools are the main targets of terrorist attacks. According to the UN, at least 1,500 have been destroyed since 2014 and some 1,280 students and professors have been victimised. At least 4,000 young people have been abused and forced to marry and convert to Islam.