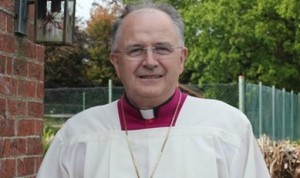 Two Nigerian members of the Society of St Paul have been appointed as curates by the diocese of Kilmore in a move aimed at countering the decline in priest numbers.

Fr Addison Okpeh was ordained in 1997 for the missionary order and has served in the southern Nigerian city of Lagos as well as the diocese of Southwark in Britain.

He will act as curate in the parish of Killann and is due to take up his appointment on 1 October.

Fr Peter Okpetu was ordained last year and has been serving in a large suburban parish in the Nigerian capital Abuja. He has been appointed curate in Cavan town and is due to take up his appointment within the coming days.

Results from an 18-month listening survey across Kilmore’s parishes highlighted a range of concerns among young and old, notably the ageing and declining number of priests.

The need to address this situation was the focus of last October’s Kilmore Diocesan Assembly the theme of which was ‘Walking Together; Building the Kingdom; Professing Our Faith’.

The Kilmore pastoral diocesan plan 2015-2020 stated that Bishop Leo O’Reilly would raise the possibility of married priests as well as the possible appointment of women as deacons with his episcopal colleagues.

The pastoral plan also stated that the Bishop would “explore the establishment of a commission akin to the one in Brazil under the leadership of Bishop Erwin Kräutler and Cardinal Hummes to study the possibility of ordaining married men to the priesthood as well as appointing women deacons”.

A spokesperson for the diocese of Kilmore said of the appointment of the two Nigerian missionaries, “We warmly welcome both priests to our diocese and wish them every blessing and happiness in their ministry here”.

Announcing his intention to bring in missionaries from overseas, Bishop O’Reilly said in a radio interview a few months ago that, “There was a time when we sent missionaries to Nigeria, now the wheel has come full circle and they are sending missionaries back to us”.