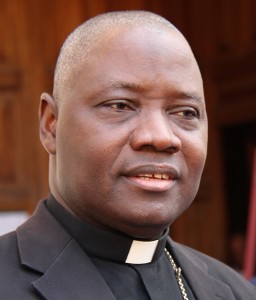 One year after the kidnapping of nearly 300 schoolgirls in Nigeria, the bishops’ conference has called on the new government to find them.

“Our thoughts go to the girls and their families,” said Mgr Ignatius Ayau Kaigama, Archbishop of Jos and President of the Episcopal Conference of Nigeria.

He was speaking on the first anniversary of the abduction of the young students from a high school in Chibok in the north of Nigeria.

“We do not know where the girls are. It is a deep pain for the families whose daughters disappeared suddenly without a trace. I can imagine their anguish. But they are not alone, because the whole community and Nigerian families are with them,” said Mgr Kaigama.

He expressed his concern that despite the commitments made by the government and the international community, very little has been achieved.

“Not only have the girls not been released but nothing is known about their fate,” Mgr Kaigama said.

He added that he is grateful for the progress made in recent months in recovering territory from Boko Haram and the curtailment of the terror group’s activities.

“What is important now is to intensify efforts to track down the girls. The new government has promised to do more. The President-elect, Muhammadu Buhari, is a former senior official who knows the military and intelligence issues very well. We hope to be able to outline a strategy to defeat Boko Haram and bring home the kidnapped girls,” concluded Mgr Kaigama.

Many groups have remembered the kidnapped girls and marked the anniversary.

Amnesty International has released a report “Our Job is to Shoot, Slaughter and Kill – Boko Haram’s Reign of Terror in North East Nigeria” 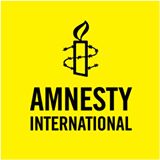 It covers the historic background and states that thousands have been killed, at least 2,000 abducted and more than a million forced to flee their homes since 2009.

Tens of thousands of civilians have been subjected to Boko Haram’s rule and politicians, civil servants, teachers, health workers and traditional leaders have all be targeted in particular.

The terror group calls these ‘unbelievers’ as well as Christians and Islamic religious figures and leaders.

Sometimes they are allowed to convert to Boko Haram’s harsh and extreme form of religion, instead of being killed but many times they are simply shot.

The report states that the counter offensive by the Nigerian military with help from neighbouring countries has forced out Boko Haram and many civilians have been freed.

However, Amnesty states it is too soon to judge if the military action has weakened Boko Haram’s ability to threaten the lives and property of people in the north east still.

Amnesty concludes that Boko Haram has committed serious violations of international humanitarian law amounting to war crimes including murder, attacks on civilians, as well as torture, rape, enslavement and several other crimes against humanity.

Amnesty has also criticised the Nigerian army for failing to protect civilians.

“Nigeria’s government must take all necessary legal measure to guarantee the safety, security and protection of civilians and their property,” Amnesty stated.

It called on Nigeria to provide accountability, justice and reparations for the victims and to initiate independent investigations into allegations of crime.