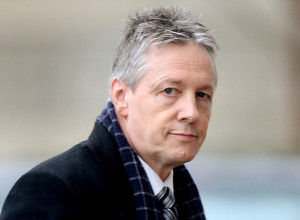 Northern Ireland’s First Minister has paid tribute to the collaboration between the Society of St Vincent de Paul (SVP) and the Salvation Army in Northern Ireland.

Writing in the current edition of the SVP Bulletin magazine, Peter Robinson says the co-operation between the two charities in the fight against poverty, is a perfect illustration of the community-wide engagement that Northern ireland needs to see more of.

He made his comments as the SVP and the Salvation Army launched their joint family appeal in Northern Ireland.

In his article, the DUP leader and First Minister said the people of Northern Ireland have a clear choice to make.

“We can keep harping back to the past and re-fighting old battles or we can do something to break down the tired old barriers that have bedevilled us as a society.”

He calls on voluntary and community organisations to address the direct needs of people and to demonstrate in a very clear way that the battle against poverty, hardship, disability and marginalisation is one “that we can all fight and win, if we do it as a united community”.

He also calls for more link-ups across the voluntary and community sector “which might also reflect the message of common endeavour for the common good.”

SVP Regional President for Northern Ireland, Aidan Crawford, has said poverty is widespread and that the SVP  does not make any distinction as to who it helps.

“The divide in Northern Ireland of orange/green does not come into it. Poverty affects everyone the same,” he said.

In the current issue of the SVP Bulletin, National President of the SVP, Geoff Meagher, warns that the impact of on-going austerity in the Republic has brought many families to breaking point financially.

He suggests it is time for a response to the SVP’s call for a national debate on the type of society we want in Ireland for the future:

“A huge amount of time is going in to solve the finances of the country, is it not time to put some effort into the values we want as a nation for the future?” Mr Meagher asks.

It also suggests ways of changing public attitudes to suicide and calls for the Central Bank to challenge moneylenders.

The SVP Bulletin is on sale in Easons and online at www.svp.ie