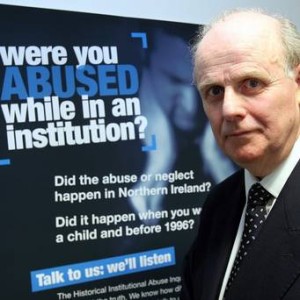 Northern Ireland’s Historical Institutional Abuse Inquiry will visit Australia for a second time at the end of May to talk to 35 more people living there.

A total of 65 people in Australia want to give evidence about the UK government policy of sending children to Australia between 1946 and 1956.

At least 120 children went to institutions in Australia during that time.

“After the present module, the Inquiry will examine the operation of the child migrant scheme in the context of children from Northern Ireland institutions who were sent to Australia,” Sir Anthony Hart, Chairman, Historical Institutional Abuse Inquiry, said.

He added, “Before that module can start, we have to complete our preparatory work for it, and a major part of that involves a second team from the Inquiry going from Northern Ireland to Australia to speak to those applicants who were not seen during last year’s trip.”

The Inquiry team will include lawyers, support staff and Acknowledgement Forum Panel Members who will be situated is Perth and Melbourne.

The first team went to Australia in September 2013 and took statements and met with 30 people.

The Inquiry was set up to investigate the physical, emotional and sexual childhood abuse and neglect which occurred in residential institutions in Northern Ireland over a 73-year period up until 1995.

Yesterday, Sr Brenda McCall, representing the Sisters of Nazareth congregation, told the Historical Abuse Inquiry (HIA) that some of the evidence of former residents had been very “shocking and harrowing” for the Sisters.

She agreed that an apology given in the past for physical and sexual abuse committed at the homes should also apply to claims of emotional abuse or neglect. She said that in some cases with some nuns “things were just not right.”

She concluded reiterating the congregation’s apology.

The former Bishop of Derry, Dr Edward Daly, in his evidence at the Inquiry, said that as a young priest working in Derry in the late 50s and early 60s he would have known little of what went on inside of the homes.

He said had always been an admirer of the work of the Sisters of Nazareth and that in his 36 years of ministry he had only received one complaint about the order.

He spoke of the letter he received from a woman in Australia who had been in a home run by the Sisters of Nazareth in Derry. She wrote about being separated from her young brother as a child.

So far module 1 has focused on St Joseph’s home Termobacca, and Nazareth House Children’s Home, Bishop’s Street, both of which are in Derry and were run by the Sisters of Nazareth.

As of Monday 19 May, it had heard from 70 witnesses and 18,000 documents had been placed before the Inquiry.