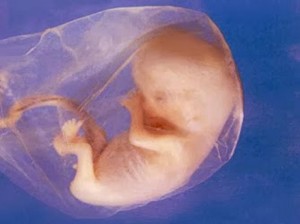 Northern Ireland Justice Minister, David Ford, has announced a three month public consultation to consider whether legislation should be introduced to allow abortion when a baby has a fatal foetal abnormality.

Speaking on Thursday’s News at One on RTE Radio, David Ford said there would be “a full public consultation in which members of the public, organisations, Churches – whoever wishes to comment, will be given the opportunity to comment”.

He said abortion in cases of rape and incest would not be considered in the consultations, as the morning after pill “looks after” these cases.

Mr Ford said the twelve-week consultation would run until Easter, then they would “take some time out” in assessing its results and then look at “appropriate legislation if there is a wish for the law to be changed.”

The Minister said he thought there was a “small number of difficult cases” not covered by the law in Northern Ireland.

“We can’t simply put people on a plane to England to deal with their problem which arises in Northern Ireland,” he told RTE.

Mr Ford, the leader of the Alliance Party, said he personally believed there was a need for what he termed a “narrow change” in the law and that there was a “significant public mood to that effect”.

However, Northern Ireland’s pro life group, Precious Life, was sharply critical of Mr Ford’s proposal to “consult on changing the law to allow the killing of special-needs babies who may die before or shortly after birth.”

“Abortion is a serious criminal offence in Northern Ireland. The law here protects unborn babies, and David Ford must not change it,” Director of Precious Life, Bernadette Smyth, said.

The group said the core ethical principle which must underpin this discussion is that “every child deserves the right to life regardless of how short their life may be, and regardless of the circumstances of their conception”.

Ms Smyth said that the abortion methods used in such cases included a lethal injection into the heart of the baby “alive and kicking in the womb”.

“This is not about women’s health – this is discrimination at its worse against the most vulnerable.”

She described the proposal as a discussion about “legalising ‘eugenic’ abortions” and pointed out that the Holocaust began with the acceptance of an attitude that “there is such a thing as life not worthy to be lived”.

While Precious Life felt “enormous sympathy for parents in these traumatic and distressing cases”,  Ms Smyth said they deserved “much more than our sympathy – they need a professional support system in place, which will provide them with help, support and resources.”

“Once again we call on the Health Minister to immediately establish perinatal hospice services for parents who have received a poor or difficult prenatal diagnosis for their baby,” she said.