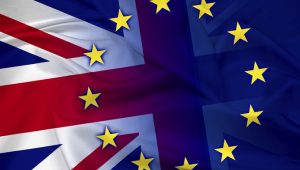 The Catholic bishops of Northern Ireland have cautioned people in the UK voting in the referendum on 23 June against arguments which reduce the “wide ranging benefits of EU membership to a single calculation of net economic gain or loss”.

In a statement on Wednesday, the six bishops representing dioceses in the North with parishioners participating in the referendum, paid tribute to the European Union’s role in bringing about peace and reconciliation in Northern Ireland.

The bishops said the EU had helped create spaces for dialogue and provided financial support for the work of peace and reconciliation, freedom of movement of people, and the development of infrastructure to support new relationships across the island of Ireland and with the UK.

The five prelates also warned that, “The reintroduction of border controls would not only have profound implications for trade and the economy, but also for the wider civil society, notably through the disruptive impact on the day-to-day life of those who live in border areas or cross the border frequently.”

They also expressed concern that the “valuable work carried out to date to build new relationships across these islands must not be undermined.”

More widely, they also highlighted how European institutions had brought “erstwhile enemies” together and seen them commit to the principles of solidarity and subsidiarity as a means to peaceful and effective integration and co-existence between peoples of differing histories, culture and backgrounds.

“It is important to acknowledge the remarkable achievement of the EU in this area and ensure that this work is not undermined,” the bishops stressed.

Acknowledging that the EU, through its ministers and MEPs and other elected representatives, must be held to account, they said this vigilance would ensure the Union continues to contribute to social justice, social cohesion and equality.

The bishops emphasised that in an ever more interdependent world, “the EU provides individual member states with a valuable mechanism of international influence in terms of peace-making, development, trade negotiation and shared environmental responsibility, in support of the global common good”.

The 23 June referendum, they said, offers a valuable opportunity to ask what European citizens need to do to ensure that this framework for cooperation continues to guide nations towards global peace, human development and the common good of all peoples and nations.