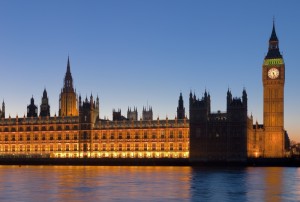 In a strongly worded statement issued on Wednesday, they warned that the Northern Ireland (Executive Formation) Bill was being used to push through legislation which they said would have “a devastating impact on the right to life of unborn children”.

Archbishop Eamon Martin of Armagh, Bishop Noel Treanor of Down and Connor, Bishop Donal McKeown of Derry and Bishop Larry Duffy of Clogher warned that what is happening in Westminster “recklessly undermines” the fundamental right of citizens and the “principle of devolution at the heart of the Good Friday Agreement”.

“It should be a matter of grave alarm for every citizen in Northern Ireland and all who cherish the right to life as the most fundamental of all human rights,” they continued.

The bishops stressed that the equal right to life, and love, of a mother and her unborn child is “so fundamental to the common good of every society that citizens deserve the fullest participation in the democratic debate about the legislation which governs it”.

They added that this also applies to decisions regarding the nature of marriage.

They appealed to the Prime Minister, Theresa May, and the Westminster government to overturn “this hijacking” of the Northern Ireland (Executive Formation) Bill for purposes for which it was never intended and “to uphold the right of citizens in Northern Ireland, under the Good Friday Agreement, to decide these matters for themselves”.

They also appealed to all citizens in Northern Ireland to give expression to their commitment to the care of every mother and unborn child by asking their political representatives to ensure the equal right to life is upheld in our devolved legislation.

The intervention by the bishops follows a call to Theresa May by two peers in Northern Ireland urging her to quash the legislation.

In an open letter, Baroness Nuala O’Loan, the former police ombudsman, and Lord Eames, the former Church of Ireland Primate, said, “The imposition of this legislation on Northern Ireland in its current form, voted for only by MPs who do not represent constituencies in Northern Ireland, would represent a massive democratic deficit.”

They said that if the legislation could not be halted then politicians and the people of Northern Ireland should be consulted before any changes are made to abortion legislation.

Separately, Lord David Steel of the Liberal Democrats, who spearheaded the 1967 abortion legislation for England and Wales, has said there are too many abortions taking place in Britain today.

Speaking to the Belfast News Letter, Lord Steel said, “I still think there are too many, and [that it is] wrong to use abortion as contraception.”

In 2007 the Lib Dem peer admitted he never anticipated “anything like” the current number of abortions when he was framing the 1967 Act.

According to the NHS, over 200,000 abortions were carried out in England and Wales last year, an increase of almost 1 per cent on the previous year.

The figures also showed that 39 per cent of women who had an abortion had already had one or more previous abortions, an increase of 6 per cent since 2008.