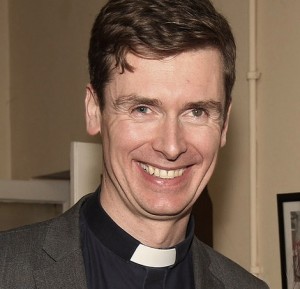 The Pontifical Irish College in Rome has appointed a priest from the diocese of Limerick as its new vice rector.

Fr Paul Finnerty has served as Limerick diocesan secretary for the past 12 years, and will take up his new post this June.

Congratulating Fr Finnerty on his appointment, Bishop Brendan Leahy of Limerick said, “It will be with a heavy heart but the very best wishes that the diocese will bid farewell to Fr Paul after 12 sterling years as diocesan secretary.”

Bishop Leahy said that he had been immediately struck by his integrity, hard work and deep humanity, when he himself was appointed bishop in Limerick.

He added that Fr Finnerty would “leave a big gap when he departs” and he paid tribute to the many causes he had championed including the Le Chéile School in Roxboro which he said as a model of an inclusive educational entity would stand the test of time.

Bishop Leahy signalled that after years of service in Limerick as diocesan secretary he and Fr Finnerty had discussed where the young priest might next serve.

One possibility was the missions in Peru but then the position as vice rector of the Irish College in Rome came up and he was recommended for this and selected by the Trustees.

“He will be a great loss to the Diocese of Limerick but a great addition to the Irish College and I have no doubt that he will play a huge role in the formation of many future priests,” Bishop Leahy said.

Commenting on his appointment, Fr Finnerty said, “It is an exciting time to be involved in the formation of future priests who will minister to the pilgrim people of God in Ireland.”

“The face of the Church in Ireland is changing, as is the culture and environment in which priests will minister. I have had 12 wonderful years here in the diocese of Limerick. It has been a time of great change and a time of great challenge. There were some dark days but there has always been light.”

He said he was leaving the diocese at a time of real hope as it prepares for the Synod next month and the reimagining, together with the people, of how the Church will continue to serve in the years and decades ahead.

“I firmly believe we are experiencing a renewal as the Church, not least with the guidance of Pope Francis and, indeed, here in Limerick with Bishop Leahy, readies itself for a new era in communion with the people.”

He added, “The experience I have had as diocesan secretary will be something I will bring to my new role. Over the last 12 years I have worked closely with priests and people of the diocese and I am very grateful for the goodwill and warmth I experienced. The role of diocesan secretary has been a demanding one but enormously enriching.”

Fr Paul Finnerty is the son of Superintendent Tony and Mary Finnerty. He attended St Patrick’s College Maynooth and began his studies for the priesthood on 4  September 1994.

Fr Finnerty was ordained in June 2002, and returned to Maynooth to complete a licentiate in Theology.

His first appointment was a curate to the parish of Askeaton/Ballysteen.

One year into this appointment Bishop Donal Murray appointed him as assistant diocesan secretary and the following year he was appointed secretary on a full-time basis to replace Fr Tony Mullins.

He remained in this post for 12 years, while also assisting in the Parish of Saint Joseph’s and prior to that Askeaton/Ballysteen.

Fr Paul has also been chaplain to the Westbourne Convent of Mercy in Limerick City.

The Pontifical Irish College in Rome was founded on 1 January 1628 by the Irish Franciscan, Fr Luke Wadding and the Italian Cardinal, Ludovico Ludovisi.

The primary function of the College is the formation of seminarians and priests for Ireland as well as the education of clergy from other parts of the world.

In addition, the Irish College is home to priests who are studying at post-graduate level. www.irishcollege.org