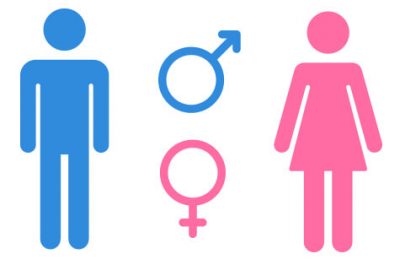 A new Vatican document issued on Monday has rejected gender theory and dismissed the idea that a person’s gender can differ from the sex assigned at birth.

Entitled ‘Male and Female He Created Them: Towards a Path of Dialogue on the Question of Gender Theory in Education’, the document was released by the Vatican’s Congregation for Catholic Education. The instruction is being promoted as an aid for Catholic educators and parents.

It is signed by the heads of the Congregation for Catholic Education, Cardinal Giuseppe Versaldi and Archbishop Angelo Zani.

The document condemns gender theory as part of a “confused concept of freedom” and argues that the idea of gender being determined by personal feeling rather than biology is an attempt to “annihilate nature”.

It hits out at “educational programmes and legislative trends that … make a radical break with the actual biological difference between male and female”.

It also dismisses the idea of a fluid idea of identity, saying this was not “based on the truths of existence.”

The quote from Pope Francis says gender theory “denies the difference and reciprocity in nature of a man and a woman and envisages a society without sexual differences, thereby eliminating the anthropological basis of the family.”

This ideology, the quote continues, “leads to educational programmes and legislative enactments that promote a personal identity and emotional intimacy radically separated from the biological difference between male and female. Consequently, human identity becomes the choice of the individual, one which can also change over time.”

The document continues, “It is becoming increasingly clear that we are now facing what might accurately be called an educational crisis, especially in the field of affectivity and sexuality.”

Quoting Benedict XVI, it says that in many places educational curricula are being planned and implemented which “allegedly convey a neutral conception of the person and of life, yet in fact reflect an anthropology opposed to faith and to right reason.

“In all such [gender] theories, from the most moderate to the most radical, there is agreement that one’s gender ends up being viewed as more important than being of male or female sex.

“The effect of this move is chiefly to create a cultural and ideological revolution driven by relativism, and secondarily a juridical revolution, since such beliefs claim specific rights for the individual and across society.”

The document says it aims to set out an intellectual framework “towards a path of dialogue on the question of gender theory in education.”

The family, the Vatican stresses, remains “the primary community” to which the students belong and the fundamental vehicle for preserving, understanding, and transmitting human dignity.

“The school must respect the family’s culture. It must listen carefully to the needs that it finds and the expectations that are directed towards it.

“There is an urgent need to promote a new alliance that is genuine and not simply at the level of bureaucracy, a shared project that can offer a ‘positive and prudent sexual education’ that can harmonise the primary responsibility of parents with the work of teachers.”

Responding to the new document, Jesuit Fr James Martin described it in a tweet as “mainly a dialogue with philosophers and theologians, and with other church documents; but not with scientists and biologists, not with psychologists, and certainly not with LGBT people, whose experiences are given little if any weight.”

Leaders of DignityUSA, an organisation of Catholics supporting lesbian, gay, bisexual, transgender, queer and intersex (LGBTQI) people in the Church and society, called the document “dangerous, disingenuous, and divisive”.

Marianne Duddy-Burke, Executive Director of DignityUSA, said: “Although presented as a call for dialogue, this statement reinforces the Vatican’s entrenchment in a simplistic and outdated ideology of biological determinism. From the very title, Church leaders are perpetuating a vision of humanity that fails to respect the diversity of human experience.”