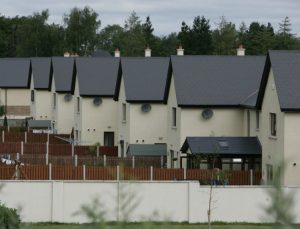 The Society of St Vincent De Paul (SVP) has expressed concern that the new tenant purchase scheme will deplete social housing stock and has called for a change in the direction and focus of housing policy.

In a statement issued on the eve of the formation of the new government, the SVP said it believed that the new tenant purchase scheme will further deplete social housing stock at a time when demand for social rented housing is so high.

The charity said it is seriously concerned at the shortage of local authority housing across the country as the waiting lists for social housing have increased dramatically.

“As private rents increase, people continue to be priced out of the market and hundreds of homeless families are being hosted in totally inappropriate emergency accommodation for extended periods of time,” the SVP warned.

According to the ACP, the reduction in the housing stock resulting from tenant purchase may outweigh the benefits which accrue to local authority tenants who purchase their homes.

This is likely given the depth of the housing and homeless crisis and where the demand for housing (of all tenures) far outstrips supply, particularly in urban areas.

The SVP believes that low-income households must receive support with housing.

But rather than discounted home ownership, this support is best provided through the provision of local authority housing, housing provided by Approved Housing Bodies, and the differential rent system.

“The priority now must be on increasing the social housing stock and tackling the homeless crisis,” said John-Mark McCafferty of the SVP head of social justice and policy.

He also called for a change in the direction and focus of housing policy.

“The reduction in the local authority housing stock across the country has resulted in a heavy reliance on the private rented sector to meet social housing need.”

He added that this would take time to achieve but investment in social housing units is vital if the causes of the housing crisis are to be tackled and overcome.

“This social housing build and acquisition should be undertaken in communities with mixed tenure – a mix of social rented, private rented and owner occupied housing, with adequately resourced services close by such as schools, primary care facilities, public transport and leisure facilities as well as retail,” he suggested.