New study on the experiences of Christian women in ministry 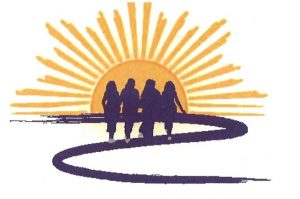 The 29 women who participated in the study said they “felt privileged to serve God and the people in their care”.

The study was conducted by theologian Dr Anne Francis. It draws on 22 questionnaire responses and 18 interviews with women working in Christian ministry.

In Ireland, women are a minority in most of these areas in each Christian denomination. It is estimated that over 400 women are currently ministering as their main life choice.

A significant minority (30%) of participants say that gender has not negatively impacted their life or work, while the majority report elements of how gender is dealt with in the Churches as challenging or seriously challenging to their flourishing in ministry. The study finds that most respondents hold the view that gender should not be a defining element in Christian ministry.

Explaining her reason for undertaking the study, Dr Anne Francis highlighted that “female ministers are a little researched group”.

“Whatever their personal gifts, calling or ambitions they minister at a time when their role is contested in ways which that of their male colleagues is not. Women occupy a wide variety of church roles in ordained, social, pastoral, educational, spiritual and many other spheres.”

Dr Francis is a pastoral theologian and practitioner, and independent researcher. She is a tutor at the Cambridge Theological Federation and visiting lecturer and supervisor at the Margaret Beaufort Institute of Theology. She has worked in Christian ministry for over thirty years in the Roman Catholic tradition. She lives in Co Cork where she is married with three adult children.

The project had two initial phases: a questionnaire followed by a series of interviews. The interviews fall into two categories. Thirteen were anonymous interviews with practitioners, and the remaining five were with women, also practitioners, who for various reasons had found themselves in the headlines of women’s ministry. The current report follows the completion of these two phases.

A third phase, to take place next week, will involve a gathering of female ministers who will discuss the findings. In the final publication these findings and the fruits of this discussion and the five interviews will be presented in full. Some of the key findings of the study so far show that participants love their ministry and express high levels of happiness and satisfaction in their roles using words like ‘joy,’ ‘privilege,’ and ‘blessed.’

They do not see their gender as the main factor in their ministry but acknowledge a gendered context for their work due to theology, tradition and sometimes misogyny. A significant minority report that this has not negatively impacted their ministry, and others report varying levels of discrimination and diminishment.

A key area of challenge is how women are perceived rather than how and who they are. In short, the respondents would like to be ministers rather than ‘lady’ ministers. They describe their profound experiences of being called by God, and of being sustained by prayer and spiritual practice. They appreciate the support of their colleagues, families and friends and speak of their work with sincerity, gratitude and good humour.

They express needs for ongoing formation; courtesy and respect from men in their own and other traditions; access to leadership roles; consideration of family issues and, in some cases, security of employment and remuneration. Denomination is important to these ministers and the perspective of their denomination regarding the ministry of women is a key factor in their experience of ministry.

Where structures offer equal access to all ministries women are most fulfilled. Most find greater challenges where ministries are restricted and structures do not accommodate female ministers.

Across the Churches women feel that they have inherited a ‘male model’ of ministry which they are expected to accommodate. They would like to see expanded models of ministry to reflect their gifts and realities and many feel that this may be met with resistance in church cultures.

While the great majority of Catholic women expressed their appreciation of their ordained colleagues, many described the behaviour of some clergy as “domineering, disrespectful and unreflexive”. They also identified problems with clergy training and formation which left priests ill-prepared for collaborative ministry.

Another finding among catholic participants was that poor formation of even the youngest clergy in relation to team ministry, to delegation, to trusting the laity as well as the crippling effects of administrative duties for parish priests, meant far less time for promoting pastoral/developmental ministry.

Two Catholic women observed that clergy nearly never openly supported and promoted women’s ministry because they believed it would affect their prospects. “They may offer their tacit or personal support but would never speak out,” the women said. Many Catholic women spoke and wrote about what needed to happen in the Catholic Church regarding women in general, and specifically about women’s ministry.

One Catholic respondent commented, “But I think that the institution, the clerical institution, don’t value women’s voices enough. And what can we do about that? Well maybe we need to get you know louder, stronger about pushing back. I mean we need our voices to be heard because in most cases we are actually hearing more of what’s going on for the real people as opposed to what the institution think the people need.”

Most of the Catholic participants were single women or members of religious congregations and this is generally true of women in Catholic ministry in Ireland. Two of these mentioned that they thought that it would be impossible to minister in the Catholic setting if married with a family because of the instability of employment and unsocial arrangements.