New rector for National Shrine of Our Lady of Walsingham 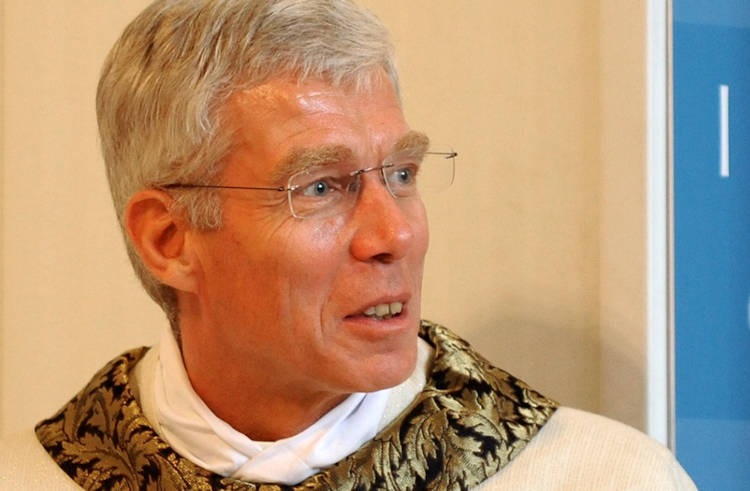 The Bishop of Leeds has announced that Mgr Canon Philip Moger is to become the next Rector of the National Shrine of Our Lady of Walsingham in Norfolk, England.

Mgr Moger, who is parish priest of St John Mary Vianney in Leeds, will take up his new job in September 2020 when the five-year term of office of the current Rector of the Shrine, Mgr John Armitage, comes to an end.

The Bishop of Leeds, the Right Reverend Marcus Stock, has stated that while he is reluctant to see Mgr Moger leave to minister outside of the diocese, he is delighted to have a priest of such talent and ability leading one of the Catholic Church’s important national institutions.

“I know that Mgr Moger will be sorry to leave the parish of St John Mary Vianney in Leeds, only a year after having taken up appointment there last summer,” he said.

“Please pray for Mgr Moger as he continues to provide the pastoral leadership and spiritual care for his current parish until the summer, and as he prepares for this important national ministry,” stated Bishop Marcus Stock.

The role of the Rector is to oversee the mission of the National Shrine and to be responsible for the pastoral and spiritual care of pilgrims, the Shrine Chaplains and visiting clergy. The Rector also promotes the message and work of the Shrine nationally and internationally.

National Shrine of Our Lady of Walsingham

The Marian Shrine at Walsingham is unique, as it is both a Catholic and Anglican shrine and there is also a presence of Russian Orthodox and Methodist churches in the area.

Msg Moger is no stranger to ecumenism, having been made the first Roman Catholic honorary canon of the Anglican Ripon Cathedral in 2008. The title of honorary canon is the gift of the Bishop of Ripon and Leeds, who was John Packer at the time, and came just after the cathedral statutes had been changed to allow the honour to be awarded to someone from a different denomination. It was stated that the then Canon Moger was dean of St Anne’s Cathedral in Leeds and had long experience of ecumenical work.

He was ordained in 1982 and served in Headingley and at Leeds Cathedral before becoming Bishop’s Secretary in 2001 and diocesan vice-chancellor and chancellor. In 2004 he moved to Bradford as parish priest of Our Lady and First Martyrs of Rome in Heaton. He was also the Catholic observer on the Church of England’s Liturgical Commission.