New Prior for Lough Derg 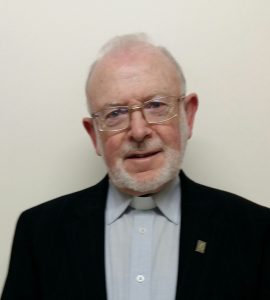 Fr Laurence (La) Flynn is the new Prior of Lough Derg and Parish Administrator of Pettigo. The appointment was announced by the Diocesan Administrator, Monsignor Joseph McGuinness, who said that Lough Derg continues to hold a very special place in the lives of many people in the Clogher diocese, throughout Ireland and abroad.

“It is foremost a place of prayer and renewal, a place where creation, history and the everlasting presence of God converge,” he said. He added that Fr Flynn already has experience and knowledge of Lough Derg through his long association with the island.

“This will be of enormous benefit to Lough Derg’s next stage of development and I pray God’s blessings on him and the entire team there,” he said, thanking Fr Flynn for the service he has given as Parish Priest of Tullycorbet parish for the last 13 years.

Mgr McGuinness also paid tribute to Fr Owen J McEneaney for his outstanding service during the past four years at Lough Derg, and wished him every blessing in his new role in Tullycorbet parish.

On hearing of his new post, Fr Flynn thanked Fr McEneaney and his team at Lough Derg for their work “in a time when everyone recognises how significantly the faith-landscape in Ireland is changing”.

He added: “I truly believe that Lough Derg still has a unique contribution to offer, and I look forward with humility to taking on the trust that is being placed in me. To borrow some expressions beloved of Pope Francis: I intend to seek the way for Lough Derg to move ahead ‘in a missionary key’, reaching out from a place that is geographically ‘on the margins’ to offer a welcome to those who feel themselves to be ‘on the margins’.”

He said he plans to offer spiritual accompaniment to all pilgrims and visitors to Lough Derg.

For the past 13 years, Fr Flynn has been the Parish Priest of Tullycorbet (Ballybay) Parish. After his ordination as priest in 1976, Fr Flynn first ministered on Lough Derg during the three-day pilgrimage season of 1978 and since then has been a serving member of the island clergy team for some weeks most summers up to and including this year’s season. 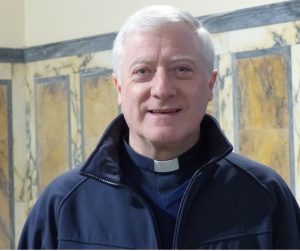 Fr McEneaney will now move to Tullycorbet (Ballybay), Co. Monaghan as the new Parish Priest. This parish has a special connection for Fr McEneaney, as it was his first appointment as curate following his ordination in 1984, and he served there for six years.

Speaking about Lough Derg and his appointment to Tullycorbet, Fr McEneaney said: ‘It was a privilege to have been part of Lough Derg and to have encountered so many wonderful people – particularly the pilgrims and their humble witness to faith.”

The appointments are effective from 1 October 2017, as are other diocesan changes announced.

The shrine of Lough Derg, known also as Saint Patrick’s Purgatory, is located near Pettigo in Co. Donegal. The pilgrimage season occurs annually from May until October.

The traditional three-day pilgrimage season happens between 1 June and 15 August. Lough Derg is best known for this pilgrimage, which involves fasting from midnight before arriving on the island and walking barefoot while on the pilgrimage.

In recent years there have also been one-day retreats and special retreat days run in the months of May, late August and September. One example is the Living with Suicide Retreat Day for anyone affected by suicide. It takes place on Saturday 30 September 2017.

Another example is the Day of Friendship and Prayer. There is also an Ecumenical day during the year. The pilgrim season comes to a close after youth retreats in September and October.