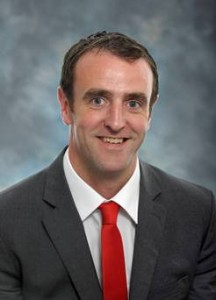 The North’s Environment Minister is to introduce new planning regulations to protect the historic structure of churches.

Mark H. Durkan MLA wants to address a loophole that means places of worship can be dramatically altered if they are in use.

Speaking this week, Mr Durkan said, “For the last 40 years or so we have relied upon the custodians of these buildings to do the right thing and protect this important resource.”

“They have largely done this very well but there have been cases where important parts of our heritage have been lost or, more unfortunately, degraded by ill-informed changes.”

He added that the view of the department of environment, based upon recent research, is that it is now time for a change.

The legislation would bring Northern Ireland into line with other parts of the UK where special planning permission known as ‘Listed Building Consent’ is required for changes that might alter the architectural or historic significance of a building used for religious purposes.

Mr Durkan, an SDLP MLA for Foyle said, “Churches and other places of worship are among our most prominent and important listed buildings. In every village and town, and across the rural area, they stand as witness to our religious heritage.”

“They are also among our most beautiful places with huge effort often put into their location, design and decoration.”

He added, “Since the early 1970s, the Department of the Environment has worked to identify and record this legacy. The best parts have been formally designated as listed buildings.”

“However, the normal controls associated with such a designation do not apply to places of worship in active use. This ‘Ecclesiastical Exemption’ is common across the UK, but the parallel systems of control for named denominations used elsewhere were never introduced here.”

“Our built heritage is a precious and a finite resource. It is important that we work together to ensure that it is valued and safeguarded for future enjoyment.”

Public consultation will continue until 13 June.