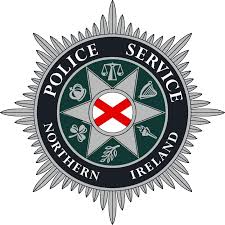 The Police Service of Northern Ireland (PSNI) has this week launched an action plan to tackle the shortage of Catholics joining the force. However, the plan does not envisage the reintroduction of the 50/50 recruitment which sees equal numbers of Catholic and Protestants being allowed to join the force.

Recent statistics show a huge drop in the numbers of Catholics joining the force. Just 31 per cent of those who applied during three recent police recruitment drives were from a Catholic background. Of those who made it through to the merit pool, only 19 per cent were Catholic. This is despite nationalist communities being specifically targeted in the recruitment drives.

Speaking at the launch, Deputy Chief Constable Drew Harris told the BBC that he was optimistic that if political and civic society worked with the PSNI, the number of Catholic recruits could reach 50 per cent within five years.

He ruled out the reintroduction of the controversial 50/50 recruitment policy which operated from 2001 to 2011, introduced as part of the Patten Reforms after the Good Friday Agreement.

This policy helped to increase the proportion of Catholic officers in the PSNI from 8 per cent to 31 per cent. The name of the police service was also changed from the Royal Ulster Constabulary (RUC) to the PSNI. The RUC was at one point 92 per cent Protestant and 8 per cent Catholic.

However, the PSNI intends to make a number of changes to the recruitment process, reducing the timescale from initial selection test to appointment from 12 to 6 months. Consideration is also being given to alternative entry routes into the PSNI, such as police constable apprenticeship schemes, Mr Harris revealed.

The report on which the action plan is based is entitled ‘Understanding Barriers Affecting Police Officer Recruitment’ and was drawn up by the Deloitte firm. It found that the opinion of family and friends was a barrier to members of the Catholic community joining the force. It added that “perception the service is not inclusive and legacy perceptions are very strong for individuals from a Catholic community background”.

It also found that many Catholic applicants dropped out of the recruitment process ahead of the initial selection test, as many were keeping their application secret and did not want to attend an exam centre with other people in an unfamiliar setting.

In response to this, a new recruitment drive will be launched in the autumn, when an advertising campaign will target “cold spots” across Northern Ireland where it has proved particularly difficult to attract people from the Catholic community.

The report also found that that the recruitment process was too long, leading to a “prolonged ‘contemplation’ period for applicants”. This added pressure for Catholic applicants, who were more likely to keep their application secret, it said. In response to the findings, the initial selection test will be carried out online, so that candidates do not have to physically attend.

Deputy Chief Constable Harris said while the PSNI is prepared to do all it can to encourage Catholic officers to apply, police “don’t hold the levers that will change that 30 per cent to 50 per cent. We need strong visible and verbal support for policing which is demonstrated by a wide spectrum of society, be it politicians and other civic leaders,” he said. “We don’t have that at the moment.”

Mr Harris warned that by not getting a representative pool of candidates at the start of a recruitment process, the force is “missing out on really good people. We have to be out there promoting our workplace as somewhere that is good to work, has advancement, good remuneration and good career prospects.’’

The report can be viewed at www.psni.police.uk/globalassets/inside-the-psni/our-departments/human-resources/documents/research-project—final-report-v1-0-15-dec-2016.pdf.